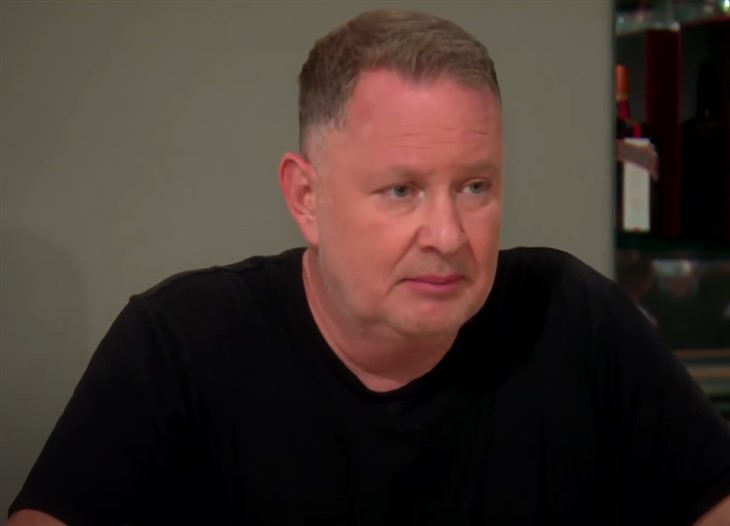 The Real Housewives Of Beverly Hills fans heard that Dorit endured a terrifying robbery when Paul Kemsley was away in the UK. They also saw that that the other cast members went around to comfort their friend. In the meantime, Paul rushed back from overseas to see to his family. Often, Paul jokes around but he’s not joking about a blogger who said some nasty things about Dorit.

When Paul returned to his home, he went online and told his fans that thankfully, the kids were not traumatized by the home invasion. Recall, they were there, and Dorit worried about them. So, she cooperated and showed the three robbers around her home. The guided tour was so they could select and steal a lot of expensive valuables. Ar one stage, they allegedly threatened to kill her.

The Real Housewives Of Beverly Hills family seem to have dealt with the event by focusing on moving forward. In fact, within a few days, Paul Kemsley was joking about Kyle Richards and Mauricio on Halloween. He often makes his Bravo fans laugh. But some things that Bloggers need to watch out for, is spreading malicious rumors. This week, he shared his usual “C..T of the week” post and targeted My Feet On Fleek.

Angrily, Paul shared a post on his Instagram by Feet In Fleek. Well, of course, that only got more people across checking out the blogger’s account. On Twitter, Fleek wrote, “Thank you for all the new followers PK $50 Million bankrupt Kemsley. You phony pathetic weasel. Your focus should be on finding the robbers who terrorized your family and moving AGAIN instead of calling paps 24/7 and harassing honest people on IG who see through your lies #RHOBH.”

That came after Paul from The Real Housewives Of Beverly Hills said on his own Instagram, “Welcome to a new C..T of the week…” Then he added, “so this My Feet On Fleek Twitter and Insta has been defaming my family for years .”

Paul felt that “the latest accusations about the Home invasion are for me a step too far … how can someone be so insensitive and cruel when my wife has suffered how she has.” Apparently, the Blogger works in “PR” and “operates anonymously.” The Bravo star hates that the blogger seems to “talk about the Kemsley’s as if we are total frauds and Scammers.”

Fans of The Real Housewives Of Beverly Hills couple expressed their feelings on Paul’s post, One of them penned, “Not cool. Probably someone who sits on their a$$ all day.” Then another one wrote, “Don’t even give this #seeyounexttuesday your energy! 99.9% of your fans (and just normal humans in general) feel sorrow for what happened! We all see comments like hers and cringe 😝don’t let it get to you PK!”

Be sure to catch up on everything happening with the Bravo franchise right now. Come back here often for more The Real Housewives Of Beverly Hills spoilers, news, and updates.