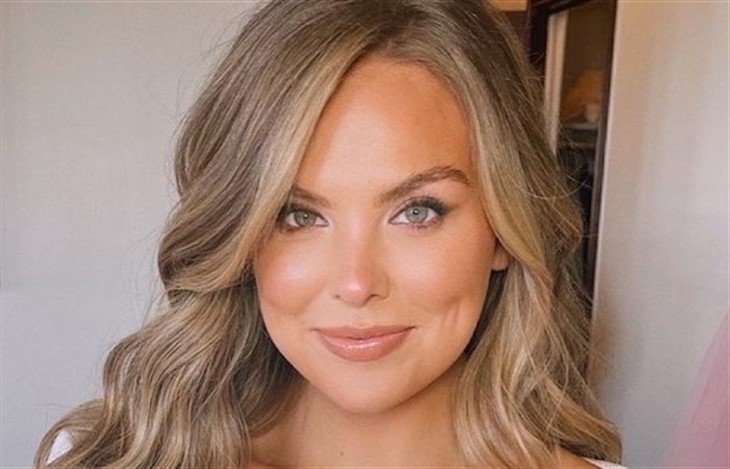 Dancing with the Stars alum Hannah Brown kickstarted her road to popularity in The Bachelorette. Later, she returned to The Bachelor, before featuring in the dance competition with Alan Bersten in Season 28. Well, she crowned that by winning the Mirror Ball Trophy. This week, she spoiled her many fans by dumping loads of throwback photos. Of interest, she included some photos going right back to kindergarten.

ABC fans saw that during her run on the Bachelor Nation franchise, she never really settled for anyone. While she chose Jed Wyatt, she dumped him soon after she discovered he allegedly cheated on his ex-girlfriend. Hopes that runner-up Tyler Cameron might find happiness with her didn’t happen. Appearing on The Bachelor, she looked mortified as she had to rehash Peter Weber’s love affair with him.

At the time, Hannah Brown seemed very relieved that she had Dancing with the Stars as a distraction. These days, she dates Adam Woolard, a model and PR director. However, she knows Matt James who competed in Season 30. He took the lead in The Bachelor. Always a good friend of Tyler Cameron, they spent some time in a group during quarantine. Ahead of his dancing debut this year, she danced a few moves with him to give him a few tips.

On Thursday, November 4, Hannah Brown took to her Instagram Stories and shared a lot of photos. Throwback photos, some of them revealed her with Adam. Meanwhile, some unseen photos from Bachelor Nation emerged. However, of interest, the former Miss Alabama beauty shared some pictures of herself as a little girl, a teen, and a young adult. Fans always love throwback pix from childhood, so it’s a bit of a pity that they couldn’t comment. 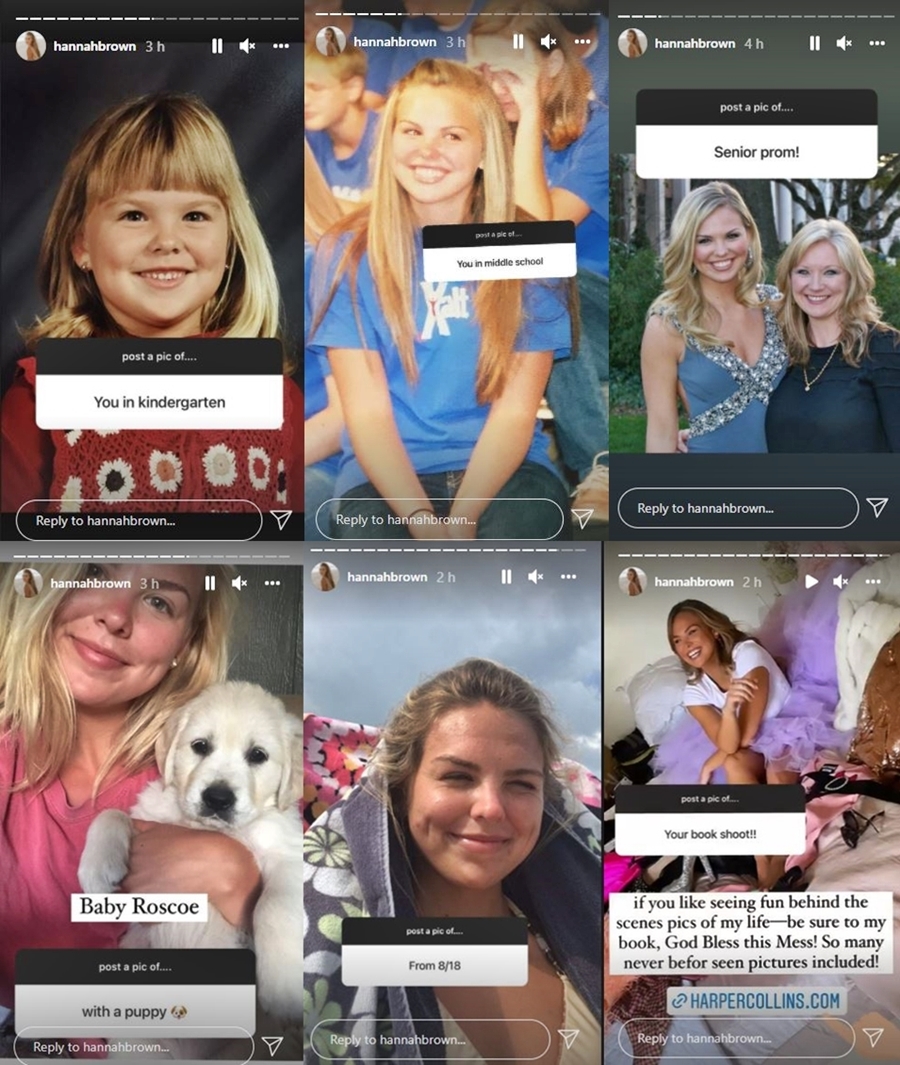 As you can see from the bottom right photo above, the Dancing with the Stars alum promised that if fans buy her book, God Bless This Mess, that they will see many more unseen photos. Amazon published the blurb for her book which is on pre-order, saying, “God Bless This Mess is a memoir that doesn’t claim to have all the answers. Hannah knows she doesn’t have all the answers. What she does have is the insight of someone who has spent critical years of her youth under public scrutiny.”