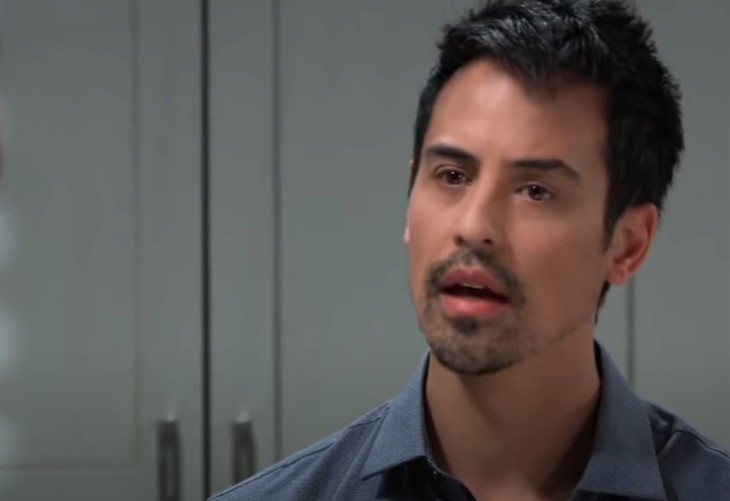 General Hospital (GH) spoilers tease that there isn’t a day that goes by in Port Charles that someone doesn’t bring up Hayden Barnes (Rebecca Budig). And Nikolas Cassadine (Marcus Coloma) is usually at the center of the discussion. Recently, Shawn Butler (Sean Blakemore) confronted Nikolas about the ordering the hit on Hayden’s life that Shawn ended up going to prison for.

While Nikolas didn’t admit anything, he did agree to pay off Shawn. Hayden survived that attempt of her life and even sort of made amends with Nikolas. But Hayden disappeared again a couple years ago, and Nikolas seems to be responsible for that as well.

Nikolas tricked Hayden into leaving town a couple years ago, convincing her that her life was in danger from Valentin Cassadine (James Patrick Stuart). But even after the danger had passed, Hayden was nowhere to be found and Nikolas claimed to have no idea where she was. But the recent revelation that Victor Cassadine (Charles Shaughnessy) and the sudden arrival of Hayden’s mother Naomi Dreyfuss (Gigi Bermingham) and her subsequent murder, have raised even more questions.

Naomi seemed to be trying to tell Shawn and Sam McCall (Kelly Monaco) about Hayden, but she was killed before they could get any more information. Her murder is somehow tied to Victor, but Nikolas seemingly has no idea about it. It looks more and more like Nikolas was responsible to for Hayden’s disappearance and may inadvertently be the reason that Naomi was murdered. Look for him to confront Victor in the very near future.

General Hospital Spoilers- Nikolas Cassadine Will Have To Answer To Elizabeth Webber!

If Nikolas is even remotely responsible for Hayden’s disappearance, he’s going to have a lot of explaining to do. First to his wife, Ava Jerome (Maura West) because when Hayden disappeared she and Nikolas were still legally married. That would mean his marriage to Ava is invalid. Secondly, Nikolas has sworn to his longtime friend Elizabeth Webber (Rebecca Herbst) that he had nothing to do with Hayden’s disappearance. Even if Victor took the lead, Nikolas is still responsible.

General Hospital Spoilers: Peter Escapes Again With Another Of His Nine Liveshttps://t.co/lfuto5EWQx

GH Spoilers- What Do You Think?

Have Victor and Nikolas been keeping Hayden responsible? Is Victor responsible for Naomi’s death? And how Nikolas explain everything to Ava and Elizabeth? Anything can happen in Port Charles so stay tuned to General Hospital airing weekdays on ABC. And don’t forget to check back right here regularly for all your General Hospital news, information and spoilers!