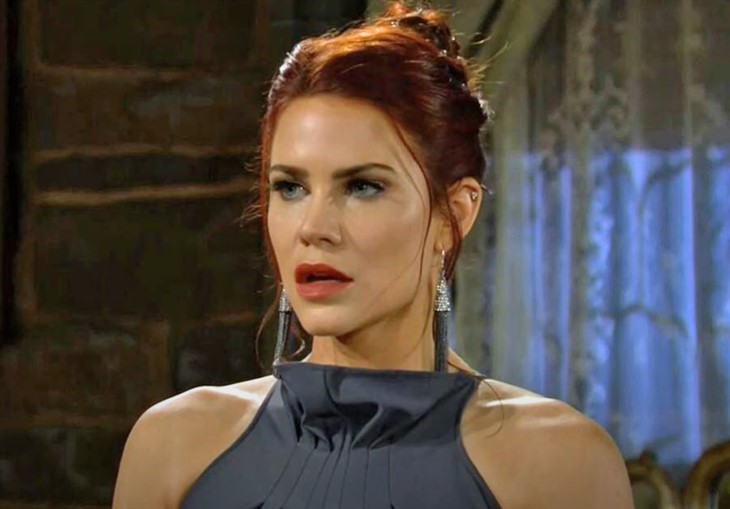 The Young and the Restless (Y&R) spoilers document that Sally Spectra (Courtney Hope) and Phyllis Summers (Michelle Stafford) made their decisions. Sally and Adam are heading toward couples status. Phick is over.

Adam Newman (Mark Grossman) pushed Sally off at first. But she knew that he was a strong prospect. Being single, coming off Chadam, and Sharon Rosales’ (Sharon Case) unavailability positioned Adam as the man who is now pursuing Sally. That is what Hope’s character anticipated.

As for the many-times Phick, that couple is not working. Phyllis recognized the dynamic shift in the recent past.

The Young And The Restless Spoilers – Ally Previews Are Running

Viewers have seen glimpses of Ally. Adam has as well.

Various audience members are likely willing to give Ally a try. Adam’s interest in Sally is increasing by the day because she is playing the game well.

Sally created a preview of Ally when she kissed Adam on more than one occasion. He liked those developments. But Adam also told Sally that he was not ready for a relationship.

Hope’s character is persistent. She sets a goal and then pursues it, using any means necessary. That made the wedding dress plan so perfect, as it advanced her career and included assistance from the guy she intends to wed someday.

Young And The Restless Spoilers – Phick’s Run Was Short

The Vashland wedding atmosphere did not inspire romance. Nick Newman’s (Joshua Morrow) head-first dive back into the Newman soap within a soap was the last straw for Phyllis.

This Phick re-pairing did not result in remarriage or even another engagement. Those choices proved wise on both people’s parts.

Phyllis and Nick do love each other. They have a daughter who is newly married. Grandchildren will likely follow. But existing feelings and family connections did not translate to a lasting relationship in 2021.

The Young And The Restless Spoilers: Lily Gets Job Offer, Abby Vows To Find Chancehttps://t.co/MSCOXQJWVT

Young And The Restless Spoilers – What Comes Next On Y&R?

Melissa Claire Egan (Chelsea Lawson) should return from maternity leave this fall. Personal sparks will fly when Chelsea is back in Genoa City, Wisconsin. The Newman Media workspace will be tight.

It is questionable if a triangle will emerge, as Adam told Chelsea their relationship was dead. She disagreed and wanted to keep trying to rekindle their love. He held the cards at that time in that relationship. The developing Ally has Sally taking the lead.

Phyllis has Jack Abbott (Peter Bergman) as an option. As for Nick, who knows? His focus is family business, with romance not on his November radar.