Dancing With The Stars Spoilers Suni Lee Struggles In Season 30 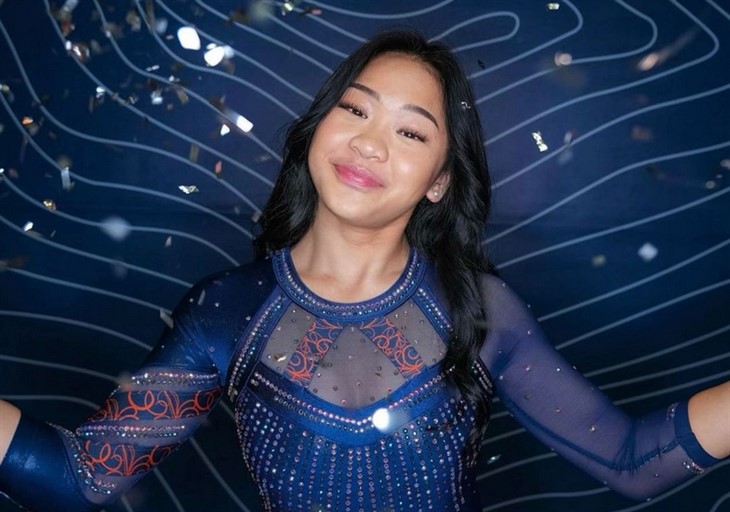 Dancing with the Stars contestant, Suni Lee opened up on her Instagram about the Queen Night mishap. Courageously, she carried on, but clearly, she struggles during Season 30. Fans liked her right from the beginning, so what happened, and why? Read on to find out why such an athletic person nearly lost it on the show.

Season 30 premiered on Monday, September 20 and ahead of that, some news arrived about the cast. The announcement that the Olympian athlete, Suni Lee joined the cast came via Twitter. It read, “Suni’s got moves, but can she stick the landing on #DWTS?” Instantly, fans reacted to the news. hardly any negative comments went her way, unlike Olivia Jade. Since then, she managed to stay in the ABC show despite a hiccup on Queen Night.

If you watched the episode on Dancing with the Stars, you will know that Suni Lee struggled through her dance with pro-dancer, Sasha Farber. In fact, she ran off to throw up. Naturally, some fans feared that she may have contracted the coronavirus. Recall, Cody Rigsby and Cheryl Burke already struggled through their performances with the illness. In their case, they performed remotely. Well, Suni’s not sick with the virus, so fans feel relieved about that.

Dancing With The Stars Spoilers – Hopeful Shares Her Struggle

Suni Lee took to her Instagram Stories and carried out a Q&A with her ABC fans. Naturally, people asked her if she was okay. Actually, it turns out that she really isn’t coping that well. US Weekly reported that she said, “But it’s just a lot on my plate all at one time & a lot of things ppl don’t know about.”

Clearly, the workload with Dancing with the Stars and other commitments trouble her. Suni added, “Usually after show days I’m ahead in school,” noting, “So gymnastics 10-1 [and] DWTS 3:30-6:30.” Plus, she said that she looks forward to returning to campus. Well, she’s not the first person who ever struggled with mental health and the demanding routines. However, she seems really brave. After she ran off holding her tummy, she returned for the relay dance.

Dancing With The Stars Spoilers – The Show Goes On

The Montgomery Advisor reported that the Dancing with the Stars contestant received four 8s and a 9 for their Paso Doble. Later, Suni Lee and Sasha Farber returned for the second round. It takes courage to nearly throw up on a major stage and then return so the show can go on. So, she impressed the judges who admired her professionalism.

Be sure to catch up on everything happening with the ABC show right now. Come back here often for more Dancing with the Stars spoilers, news, and updates.