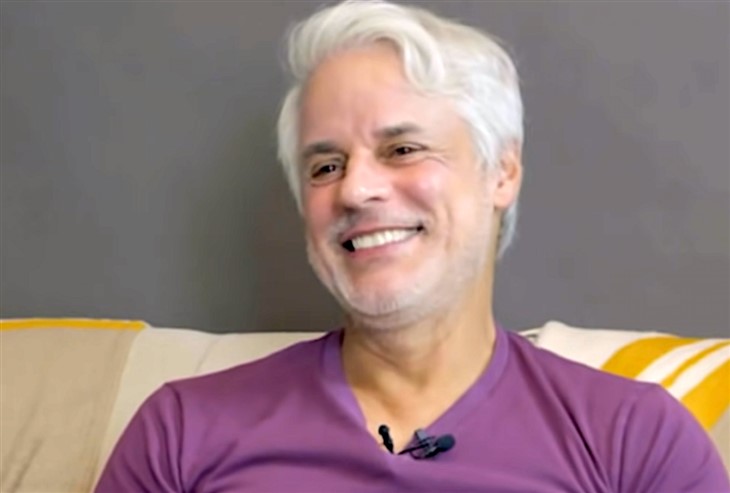 The Young and the Restless spoilers and updates tease Christian Jules LeBlanc solved a mystery recently. He lost his cat and went on a mission to find it. He finally found his little furry friend after 20 minutes of searching.

His cat, Pyewackette, was sleeping on the couch. He was unable to see it right away because he was camouflaged by a blanket. It seems like it is his cat’s favorite napping spot. A few months ago, LeBlanc posted another photo of his cat sleeping on top of a newspaper.

LeBlanc captioned it, “an entirely appropriate reaction to the news. Pyewackette getting his solid 28 hours.”

But Pyewackette isn’t always sleeping. When he’s awake, he loves to stare out the window or watch “relaxing dog and cat TV.”

LeBlanc isn’t the only one who loves pets. A few months back, the actor made a virtual visit to Michelle Stafford’s home where he was her furbaby, Rufus. Unlike LeBlanc’s kitty, which always stays inside the house, Stafford’s dog loves to take walks outside and play in mud puddles.

Y&R Spoilers – Lily Winters Steps Up To Save ChancComm

Lily Winters (Christel Khalil) feels she needs to find a way to save ChancComm. Lily is concerned that Billy Abbott’s (Jason Thompson) battle with the Newmans is getting messy so she needs to act fast.

Billy refuses to ask Victoria Newman-Locke (Amelia Heinle) for help. So, Lily tries to do it for him instead. She reaches out to Victoria and confronts her about Newman Media’s real agenda. Unfortunately, Victoria doesn’t want to meddle with that problem.

Lily thinks that it’ll be beneficial for everyone if they all call it a truce but Victoria snaps and says she has more important things to do. She’s busy with Ashland Locke (Richard Burgi) so she won’t have time to deal with Billy’s problems.

Lily made it clear that she doesn’t want Billy to continue his plan against Adam Newman (Mark Grossman). However, Billy won’t listen to her warning.

He’ll get the upper hand so fans have to wait and see if it has something to do with Jesse Gaines (Jamison Jones). The war between Newman Media and ChancComm could cause some serious damage.