B&B Spoilers: Donna Reveals She’s Been Fired – How Will The Logans React? 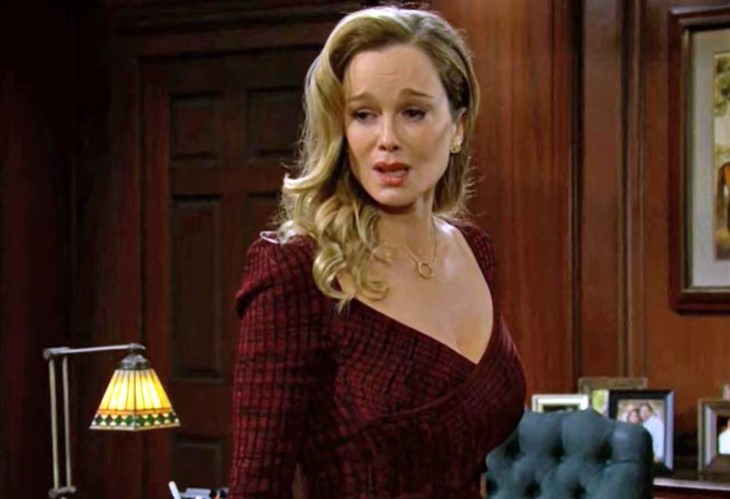 The Bold and The Beautiful (B&B) spoilers hint that Donna Logan (Carrie Mitchum) will reveal her being fired to both of her sisters. However, how will the two react to the firing of Donna? Donna and Eric Forrester (John McCook) have recently started reconnection with one another and this has not gone unnoticed by Quinn who has gone on to threaten Donna and give Eric an ultimatum which included firing Donna and kicking her out of his life forever. It seems that Eric has decided to go along with it but how will everyone react to this?

The Bold And The Beautiful Spoilers: Hope Forces Brooke To Face Her Past With Deacon

Eric has been put in a spot where he has to decide between his relationship with Quinn Forrester (Rena Sofer) and his relationship with Donna. It seems that he has made a decision and he has decided to fire Donna in order to please Quinn. Donna decided to step back from the situation and accept being fired by Eric but when Katie learns about it, she is not happy about it. Katie Logan (Heather Tom) thinks that Quinn was out of line for telling Eric to fire Donna. It would be no surprise if she lets Eric know how she feels about him firing her older sister over a situation that has nothing to do with work.

Brooke Forrester (Katherine Kelly Lang) has yet to find out about Donna being fired but Brooke has been very vocal about her stance on Quinn and Eric’s relationship. So when she finds out she probably will not hesitate to go talk to Eric about how she feels about Donna being fired. What might she say to Eric and will this cause more conflict between Quinn and the Logans?

Donna is not much for conflict but viewers know that Brooke and Katie don’t mind voicing their opinions especially since this involves their sister. Katie is set to get into some conflict with Quinn in upcoming episodes in front of Carter. It won’t be a surprise if she brings up Donna being fired because of Quinn during that encounter. However, what will start the argument between the two of them, and will it have to do with Carter?

Keep checking Hollywood Hiccups for more The Bold and the Beautiful spoilers and updates.