Days Of Our Lives Spoilers: Ava Desperately Tries To Secure Her Freedom – Stoops To Insanity Plea 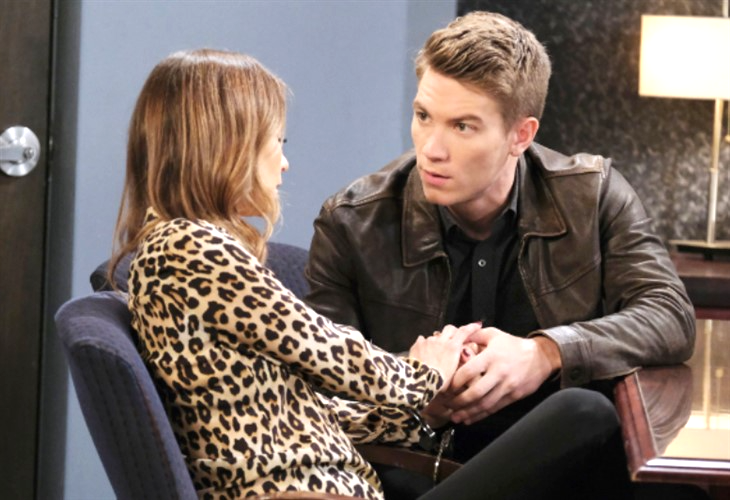 Days of Our Lives (DOOL) spoilers tease that Ava Vitali (Tamara Braun) will desperately try to secure her freedom, even if it means stooping to agreeing to an insanity plea in an upcoming episode of Days of Our Lives!

Days of Our Lives viewers will recall that after Marlena Evans aka MarDevil (Deidre Hall) raised her zombie army on Halloween night, Charlie Dale (Mike C. Manning) was the first one to claw his way out of his grave! Charlie went first to hunt down his mother, but ran into Carmine Merlino (Richie Stephens) in Rafe Hernandez’ (Galen Gering) kitchen first. As Ava freaked out, Charlie took a knife and killed Carmine, then took another knife with which he planned to kill Ava! Ava ran screaming from the scene and called Tripp Johnson (Lucas Adams) to warn him about Charlie!

Tripp assumed she was hallucinating with after effects from the drugs that Charlie had given her when he was alive, but then she warned him Charlie would come after Allie Horton (Lindsay Arnold) so he headed over there where they defended themselves against the undead Charlie with a frying pan. But come daylight, Charlie just went poof, like a ghost! Days of Our Lives viewers will recall that in the meantime, Ava was arrested and brought in for Carmine’s murder!

Days of Our Lives viewers know that dead men don’t tell tales and they don’t leave fingerprints! Rafe knows that Ava isn’t the only one to encounter an undead person that night, Nicole Walker (Arianne Zucker) tangled with an undead Deimos Kiriakis (Vincent Irizarry) but by the time Rafe got to the Basic Black office all that was left of Nicole’s struggle with him was the scissors on the floor that she said she killed him with!

Rafe’s sister Gabi Hernandez (Camila Banus) dealt with Nick Fallon (Blake Berris) coming back to haunt her and burying Jake DiMera (Brandon Barash) in his grave! It seems strange in a town where over half of the residents have been dead and resurrected that no one believes in zombies, but no matter how much Rafe believes Ava, Nicole and Gabi, District Attorney Melinda Trask (Tina Huang) doesn’t want a bunch of mass hysteria, she wants solid evidence that Ava either did or didn’t kill Carmine, and as Days of Our Lives viewers know, no one will come up with Charlie’s fingerprints on the knife!

Days of Our Lives viewers know that Tripp knows his mother was telling the truth, and because of what happened to Nicole and Gabi that night even Rafe believes her story – but there’s no concrete proof! Even if they all stepped up as witnesses, in a court of law their testimony would be treated as hearsay and disregarded, and besides, there is a conflict of interest! Rafe is Ava’s boyfriend and Tripp is her son!

Considering Ava’s history with the mental illness caused after Charlie’s previous drugging of her, both Rafe and Tripp think that her best option would be to plead insanity, because there is evidence that will stand up in court there. Days of Our Lives viewers know it will be a last ditch option for Ava, because no one wants to be thought of as crazy, but she may not have any other choice if she is to avoid prison!