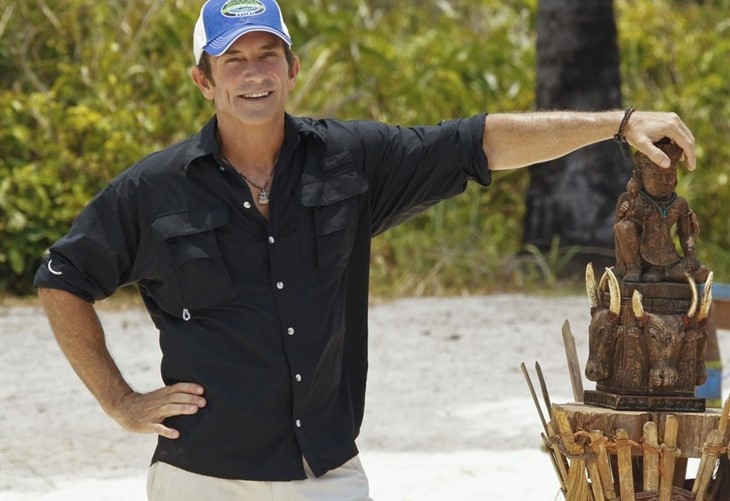 Survivor Season 41 has turned into a winner for both Jeff Probst and viewers. But for those players voted off, the season has gone from fun to frustration. Now one voted-off player has decided to spill the details of what really happened during their final episode.

And the revelations include some surprises. Don’t miss the recap below, including the unexpected exchange between Jeff and a Survivor player that never aired!

Sydney Segal seemed to feel safe, using her Shot in the Dark to ensure that she couldn’t get voted off. But as viewers and Sydney learned, Survivor season 41 offers no guaranteed path to immunity! Looking back on what happened at the live Tribal Council, Sydney took TV Line behind the scenes of her last episode.

One key concern for Segal’s fans: Who betrayed her? The former Survivor contestant admits that after viewing the episode, she went “back to hating everyone. I was like, ‘Never see them again in my life? Sounds good to me’!”

Reflecting on what really resulted in her Survivor exit, Segal believes that her game plan proved “perfect.” As a result, Sydney blames the game rules itself rather than any individual players.

In addition to spilling on the aired episode, Sydney revealed a scene that got cut from Survivor season 41. She recalled how “Danny basically reamed Jeff out. He was like, ‘This isn’t a twist. This is a lie! You told us that if we won the challenge, we would get immunity.'”

As a result of Danny’s verbal attack on Probst, the contestants and host held a lengthy conversation arguing the point, according to Segal. Jeff offered to improve the game for “future seasons,” even asking the cast what he could change.

From Segal’s perspective, however, it was the wrong time and place for such a conversation. “I’m thinking like, “Really, bro?” I don’t want a change to go benefit someone else that I don’t f–king know because I don’t have empathy for them,” she admitted.

Looking back, Sydney still maintains that Danny shouldn’t have engaged Jeff in such a long dialogue at that point. “What the hell do I care?” she demanded. “This is about the now, and it’s about me getting f–ked over. That twist was intended to get a threatening player out.”

And the voted-off player offered an intriguing angle. Segal pointed out that during her pre-game interviews, she contended that “in order to win Survivor, you can’t be the best at anything. So looking back, I was f–ked from the beginning because I’m the best at everything.”

What do you think of Sydney Segal’s comments? Do you agree with her that she got voted off because she’s “the best at everything”? Share your views with us. And then check back on our site for all the news about Survivor.