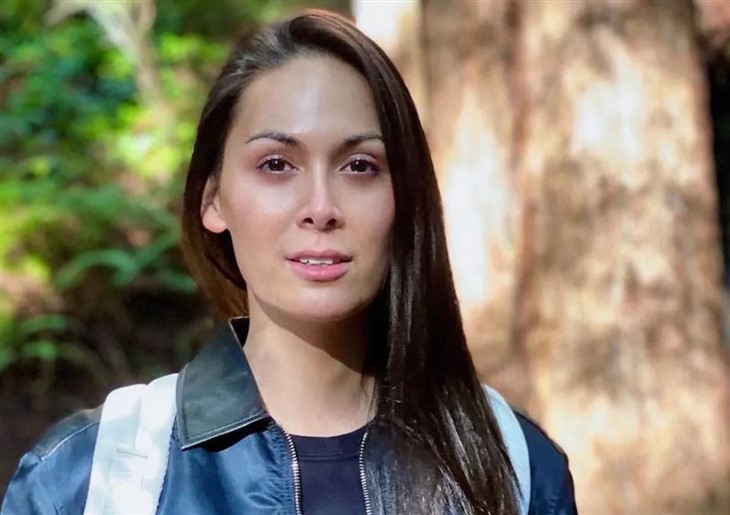 General Hospital spoilers reveal the stars of the soap coming together on social media to support Cassandra James, the transgender actress who plays co-GH chief of staff, Dr. Terry Randolph.

On Sunday, longtime GH star Ingo Rademacher took to Instagram to post an offensive meme against transgender women targeting U.S. Assistant Health Secretary Dr. Rachel Levine. By evening, James tweeted her response to her GH co-star and ever since the support has been pouring in from the soap’s cast.

“I am aware of a transphobic post shared by a fellow General Hospital actor. Shame on you. You have some serious unlearning and education to do. I feel deeply disappointed that such a public display of ignorance could come from our GH family,” James tweeted. “Misgendering trans folks is violence and if you come for one of us, you come for all of us. The cis world doesn’t get to decide which of us is valuable. I am so proud of the fans for always holding us to a high standard, for calling out transphobia and violence.”

While Nancy Lee Grahn was the first to respond to James, claiming Rademacher no longer works for ABC and General Hospital, that has not been confirmed by the soap or the actor. Still, that didn’t mean GH stars weren’t going to support James.

A host of General Hospital stars used social media to stand by Cassandra James and transphobic remarks. The following is a sampling.

Laura Wright (Carly Corinthos): “I am aware of the transphobic post shared by a GH member & I would like to start by saying I am disgusted by this action. Misgendering trans individuals is dangerous & I do not support this behavior. I stand in support of all trans folks & echo the words of @cassandrajames_”

Maurice Benard (Sonny Corinthos): “I stand with and support @cassandrajames_ and the trans community. I was honored to speak with Cassandra in depth on @mbstateofmind. If you would like to further educate yourself please watch https://youtu.be/5hYkcZq9o28 and then visit @glaad to learn how you can be an ally.”

Haley Pullos (Molly Lansing Davis): “Really disappointing to see someone from my own GH family adamantly choosing to stand in hatred instead of love and acceptance. trans women are women. period, the end. we fight for lgbtq+ rights in this house.”

Eden McCoy (Josslyn Jacks): “You are loved and valued Cassandra @cassandrajames_ and I will always stand with the LGBTQ community. we all deserve to live the beautiful lives we were born to. #GHFamily”

Mark Lawson (ex-Dustin): “Thinking of my friends at #GeneralHospital today. I can’t even really fathom how transphobia or homophobia can exist in our art. The first step of being an actor is developing your own empathy. From my own experience the show is run with a lot of thought and care.”

Maura West (Ava Jerome): “I wholeheartedly support and stand by @cassandrajames_ and the entire LGBTQ community. I did yesterday. I will tomorrow. I will forever. #TransRightsAreHumanRights”