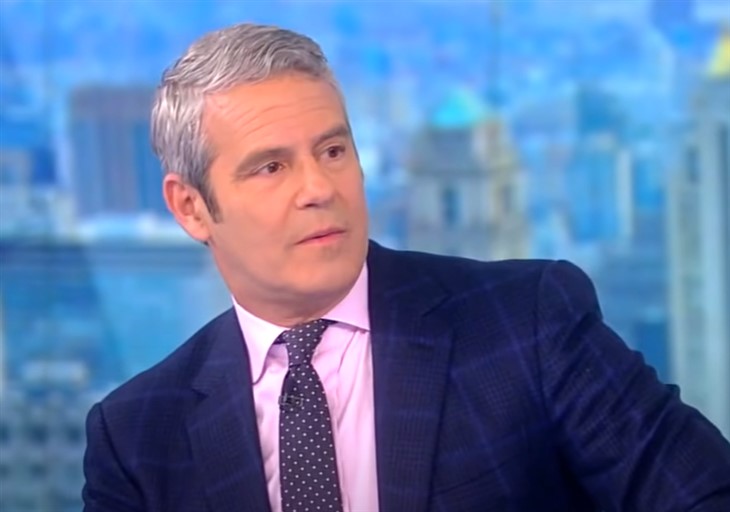 Real Housewives host Andy Cohen has 4,3 million Instagram followers and 2.3 million Twitter followers. Certainly, he seems very popular. In fact, it’s not only the LGBTQ community who loves him, although he clearly stands for them. Bravo fans seldom slam him, but on occasion, they become frustrated or angry with the shows. Now, some folks want him gone. It come just a short time after Dorit Kemsley’s home was robbed.

While Andy took a lot of heat on Paul Kemsley’s Instagram, it was nothing like he took on Twitter with an unrelated scene this week. A sudden rash of criticism goes his way right now. When Dorit was robbed by three intruders, Paul was away. So, he flew home quickly and reassured fans that Dorit and the kids were okay. Andy Cohen replied in the comments. He said, “We are all so grateful everyone is OK. And Dorit can teach us all a thing or two about facing down danger.”

Real Housewives critics and those who seem unhappy with Watch What Happens Live and with Andy Cohen jumped in. It seems that they felt very critical of the way the franchise reveals the personal wealth of the cast. One critic wrote, “There [is a] constant display of wealth on social media almost confirms this would happen …. short memories Kash Kim K in Paris!” Then another one wrote, “Honestly, as one of the producers you need to change security to protect these women.” They also said much more in a similar vein.

Some Bravo fans became furious with Andy Cohen who tackled Candiace about her tweets and general behavior on the show. Meanwhile, he seldom criticizes Erika Jayne who tends to be toxic and she became quite hostile towards Sutton Stracke and the kids. Other fans seemed taken back and one of them on Twitter even wonder if he’d been at the bottle before  Watch What Happens Live.

Well, over on Charge Org, some folks have had enough of what they see as Real Housewives host Andy Cohen being toxic and “racist.” A petition went up and it was started by someone named Kyle Johnson. It read as an opener, “Andy Cohen has been the face of Bravo for well over a decade. Lately, the host of “The Real Housewives” reunions and “Watch What Happens: Live” is becoming toxic to watch. He displays narcissistic, pompous, and rude behavior on reunion episodes, and has come under fire for allegations of favoritism, racism, and sexism.”

The upset fan of the franchise explained more about their complaint against Andy Cohen. They went on, noting, “Andy Cohen is toxic, annoying, unfair toward certain guests, and rude. Suggested replacements include, Mario Lopez, Jeff Lewis, and Jerry O’Connell.”

Well, so far, 984 people signed it. So, time will tell. What are your thoughts? Sound off in the comments below.

Be sure to catch up on everything happening with the Bravo franchise right now. Come back here often for more Real Housewives spoilers, news, and updates.