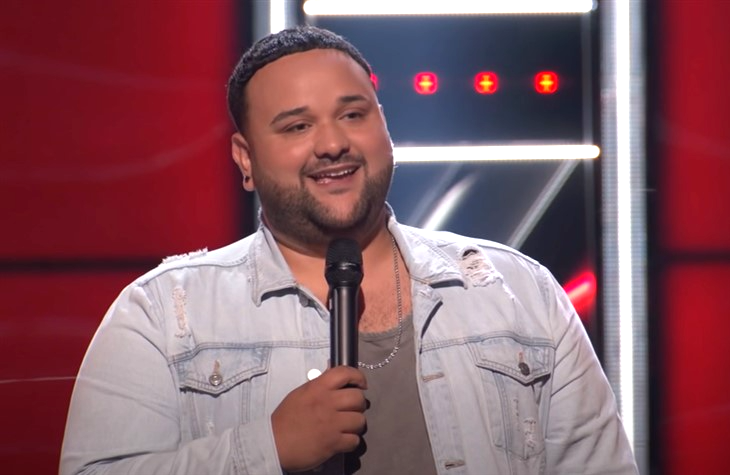 TV singing competitions “American Idol” and “The Voice” offer hopeful singers a chance to become famous. And now one former “American Idol” contestant has achieved what seemed impossible: A second chance at fame via “The Voice!”

Meet the singer who turned chairs on “The Voice.” And discover what Jeremy Rosado has done since starring on season 11 of “American Idol” until his second chance on “The Voice.”

During season 11 of “American Idol,” Jeremy Rosado stood out as one of the top contestants, per Heavy. The then-19-year-old survived some of the show’s most challenging competitions, from Hollywood Week to the Top 25.

And though Jeremy didn’t win, he did place in the top 15. In the wake of that achievement, Rosado dropped a single, “Don’t Be Afraid” in April 2013.

Two years later, the 21-year-old released first studio album, Heartbeat, in 2015. And Jeremy even found a way to use his music in his career, serving as a Worship Leader for Free Life Chapel in Lakeland, Florida.

‘The Voice’ Calls To Jeremy Rosado

But despite his joy in his work, Jeremy Rosado still longed to do more with his singing career. And so when “The Voice” offered him an opportunity to compete on the 2021 season 21 episodes, he accepted.

During the Blind Auditions episode of “The Voice,” Jeremy picked Kelly Clarkson as his coach. Rosado then won his Battle Round, competing against Jershika Maple in a performance of Justin Bieber’s “Hold on.”

Reflecting on life since his “American Idol” days, Jeremy Rosado believes his voice has grown. He admitted that at 19, he “was definitely a kid.”

As a result, the singer struggled with a certain level of vocal immaturity. But now, added Rosado, he looks back and sees how he has matured.

“I was 19. I’m 29 now,” pointed out Jeremy. “So [I’ve gained] experience being on the road for years, doing shows, being a worship leader singing every weekend, putting out records. All these things have definitely changed who I am.”

Looking at his time thus far on “The Voice,” Jeremy Rosado expressed gratitude to his coach Kelly Clarkson. Because of her experience on “American Idol” herself, she knows how to behave strategically” on a singing competition.

“She knows how to navigate it,” added Rosado. “I remember I watched the [American Idol] finale when she won. She’s the reason I wanted to do a show like this. I was 10 years old and I ran to the living room to tell my parents, ‘I’m going to be on this show.’ That was the greatest thing I got to tell Kelly.”

And although Jeremy feels excited about competing on “The Voice,” he also expressed hope that fans will listen to the albums he released. Rosado currently continues to seek opportunities to sing on TV and radio. And he credits “American Idol” for everything he’s achieved.

“I’m still booking shows to this day because of ‘Idol,’” he said. “I will forever be grateful for all the things that did for me. I really want a shot at Christian radio, even locally, like Joy FM or Spirit FM. I’ve got some things in mind that I think are gonna help, and I’m excited to see where it goes.”

What do you think about Jeremy Rosado’s chance of winning “The Voice”? Share your thoughts with us! And be sure to check back on our site for all the news about both “American Idol” and “The Voice.”