The Bold And The Beautiful Spoilers: Thomas Pushes Zende Out – Paris Spark Takes Over 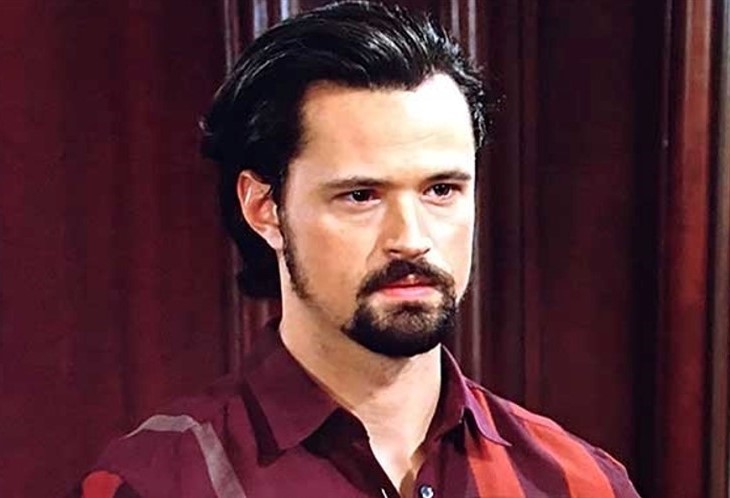 The Bold and the Beautiful (B&B) spoilers document that Thomas Forrester (Matthew Atkinson) has impressed many people he cares about these past months. After surviving a brain injury, which sparked life inside a fantasy world with the Hope Spencer mannequin (as played by Annika Noelle in a great dual role) and emergency surgery, Thomas has achieved a greater degree of normalcy than has been seen in many years.

Douglas Forrester (Henry Samiri) became the focal point of Thomas’ life instead of Hope. Thomas has also churned out the arguably best design work of his career.

Zende Forrester Dominguez (Delon de Metz) represents health competition for Thomas in the workplace. The cousins are deeply talented artists. They have achieved balanced collaboration where that would not have been possible if the old Thomas was around.

The Bold And The Beautiful (B&B) Spoilers: Hope Defends Deacon And Alienates Ridge

The Bold And The Beautiful Spoilers – Paris Buckingham Changes Everything

Paris Buckingham (Diamond White) is many things. She is smart, likable, and talented. Zende and Thomas recognize those attributes, along with her physical beauty.

But Zende is the man that Paris became involved with months ago. He is the person she took to the Los Angeles Dodgers game, where she delivered another knockout vocal performance. Hardcore viewers recall her first was the solo at the Forrester family Christmas party last year.

The bottom storyline is this, Zende and Paris are together. Thomas wants that to change. Yes, this is a good soapy conflict.

B&B Spoilers – Zende Forrester Dominguez Thought He Was Beyond Drama

Zoe Buckingham’s (Kiara Barnes) departure from Los Angeles, California, took the heat off Zende. Zoe’s pursuit of him, while being engaged to Carter Walton (Lawrence Saint-Victor), resulted in rebuke.

While Zende was initially taken with Zoe, he decided that Paris was the woman for him months ago. Zoe’s exit eliminated chiding that Paris received from her sister before the siblings made up.

Barnes turn on Fantasy Island (the nighttime reboot) has gone exceedingly well. That show was just renewed, which likely means Zoe will not return to Los Angeles, California anytime soon, or even if she does, it would simply be for a brief pop-in. So, Zaris appears to be a go.

Thomas thought he was in love with Hope. He was not. That was an obsession.

Zoe thought Thomas was in love with her. He was not. That was an outgrowth of his obsession with Hope.

Now, in genuinely being over Hope, Thomas is developing genuine feelings for Paris. She is living with him in his apartment, which Zende approved of a handful of weeks ago.

Will the projected play Thomas makes for Paris result in reciprocation? And if so, how will Zende react?