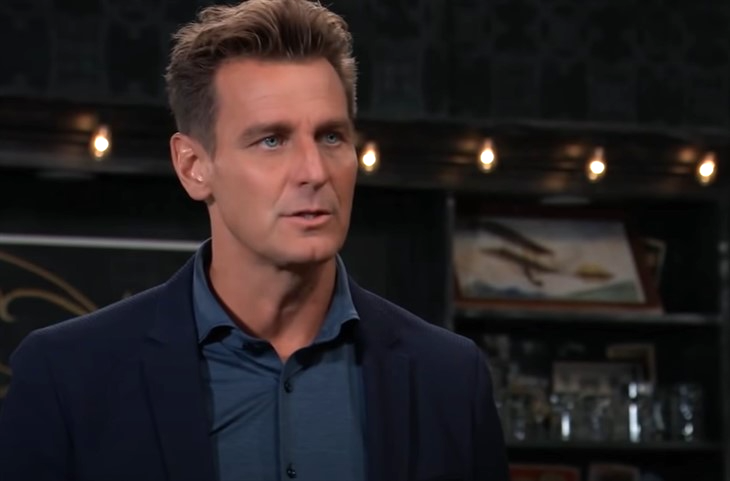 Fans of General Hospital know that the actor that portrays Jax has recently taken some guff for his public transphobic comments as well as for spreading false information about vaccines.

According to the Decider, for those who are unaware, Ingo Rademacher was fired from General Hospital a few days ago reportedly for refusing to comply with the production’s vaccine mandate.

Now fans are sure to wonder, will the character be killed off or will Jax General Hospital be recasting Jax?

In a video on Instagram from November 8, Rademacher briefly touched on the subject of leaving General Hospital, writing,” I will get back in touch with everybody and fill you guys in on what’s happening when I can.”

Some may believe that Rademacher is leaving General Hospital as a result of some transphobic and anti-vax comments that the actor began making as far back as August with a three-minute Instagram video laced with misinformation about COVID vaccines which he captioned, “Not ok.

To all the bigots that called for my firing at GH and made [fireIngo] trend (thanks for the press btw) about a post of mine that is factually correct.

Getting vaccinated does not stop you from spreading the virus.

That’s straight from the CDC. Mandating any vaccine is wrong but especially one that doesn’t help stop the spread, that’s nothing short of crazy talk.

If you want to take the vaccine, take it.

Just know you’re doing it for yourself, not to save anyone else. You’re not a hero.”

In possibly related news, General Hospital rumors hint that veteran One Life to Live actor, Trevor St. John, has been hired for the popular daytime drama and though there are many possibilities for roles he may be reprising, he would seem to be an obvious choice to fill the role of Jax.

General Hospital Spoilers: Cyrus A Threat To Sasha & The Baby, Will Brando Turn To Sonny?https://t.co/9cZlh0pgbV

He portrayed Todd Manning/Victor Lord Jr. on One Life to Live from 2003 to 2013 and, anyone familiar with the character, Todd Manning, can see how easy it might be for him to segue into the role of Jax.

Ingo’s last date as Jax is in just two weeks so it’s not difficult to imagine that St John will just step in and pick up where Rademacher left off.

Tune in to General Hospital for new episodes Monday through Friday at 1 PM Central on ABC and keep checking here to find out what happens to Jax. Be sure to catch up on everything happening with GH right now. Come back here often for General Hospital spoilers, news, and updates.