Ptosha Storey Reprises Role In The Young And The Restless 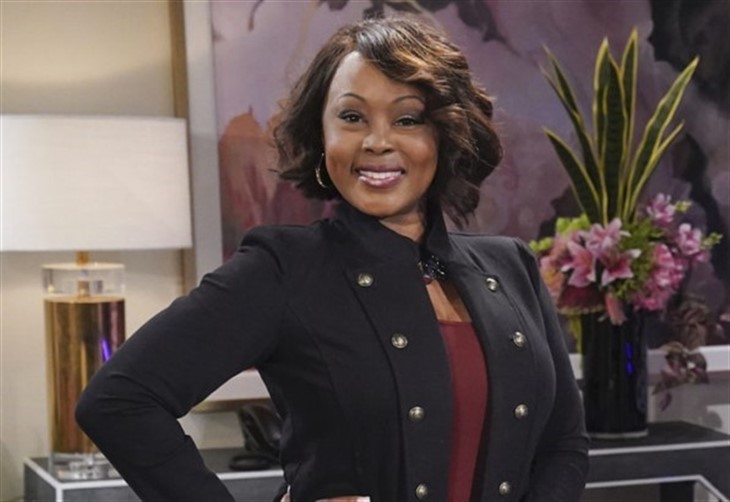 The Young and the Restless (Y&R) spoilers and updates tease that Ptosha Storey is returning to the daytime soap. She’ll be reprising her role of Naya Benedict.

Storey debuted in The Young and the Restless in 2020 but she was last seen back in August. The actress will appear in the Friday, November 15 episode.

Naya will be at Society to raise a toast to Amanda Sinclair (Mishael Morgan) for standing up to Sutton Ames (Jack Landron). She’s finally got the justice that her father deserves.

Naya will also apologize for leaving her behind. But she’ll also praise her for becoming the woman she is now. She’ll share how Amanda influenced her life and pull her daughter close for a tight embrace.

Next week, Abby Newman-Abbott-Chancellor (Melissa Ordway) will ask Devon Hamilton (Bryton James) to take care of Dominic Newman-Abbott-Chancellor until she can get her head straight. Devon has been thinking about doing the same thing but he didn’t dare bring it up because of the effect it may have on Abby. But things will work out for him in the end.

Amanda Sinclair (Mishael Morgan) understands Devon’s situation. She knows he has to help Abby and Dominic. She’ll assure him that having the baby at home is fine and promises to help around, too.

Adam Newman (Mark Grossman) and Victor Newman (Eric Braeden) are thrilled to know that their plan against ChancComm finally succeeded. Adam will praise Jesse Gaines (Jamison Jones) for a job well done even though the latter was just forced to participate in Adam and Victor’s plot. Adam and Victor may already be celebrating but Billy Abbott (Jason Thompson) isn’t about to give up just yet.

Phyllis is Jack’s ex and now that she and Nick Newman (Joshua Morrow) have gone their separate ways, Lauren is wondering if a Phyllis and Jack reunion is on the horizon. Lauren will put him on the spot, which will make him rethink his future. Will Jack and Phyllis rekindle their romance?