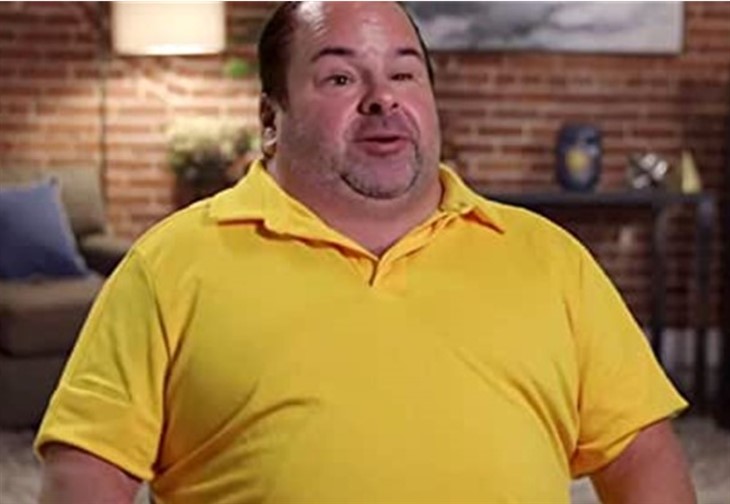 90 Day: The Single Life Season 2 premiered on Discovery+ via TLC on Friday, Nov. 12. Well, fans already seem unhappy with the direction that the show takes. Actually, it seems rather risque and borders on a similar tone to Bares All, another spinoff. The new shows see the return of previous characters, and some of them are hardly believable. But, that’s not the issue. It seems to focus a lot on intimacies that bring way too much information.

Many of the cast members in season 2 were not popular in the first place, which doesn’t help. For example, a lot of TLC fans didn’t like that Big Ed returns. After all, he and Liz apparently broke up many times. As usual, fans took exception to the way he talked to her. Now, just ahead of the premiere, they announced that they became engaged. So, skepticism arises and fans suspect they do the show for the wrong reasons.

Jesse Meester managed to make his way back, another unpopular choice. Syngin Colchester was a bit better received, as fans always hoped he’d split from Tania.  90 Day: The Single Life also features Mother Debbie, which seems rather interesting. But, Stepahnie Matto, who failed in her same-sex relationship with Erika Owns generally got a poor reception. Jennifer Tarazona didn’t really ripple the water too much. However, Natalie Mordestova seems universally hated. 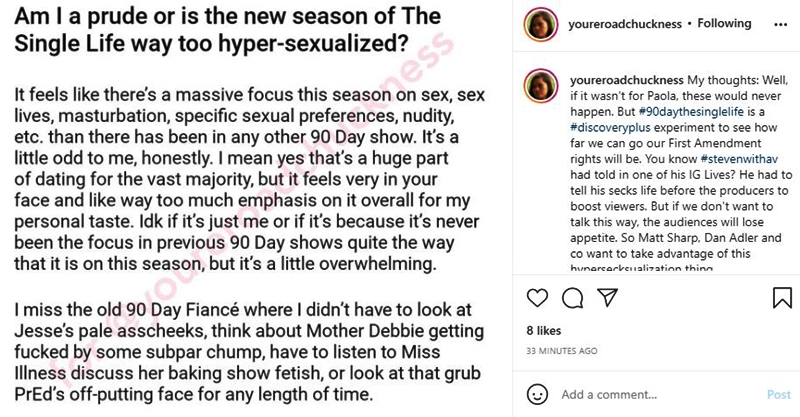 They also mentioned about 90 Day: The Single Life, “You know [what] #stevenwithav had told in one of his IG Lives? He had to tell his secks life before the producers to boost viewers. But if we don’t want to talk this way, the audiences will lose appetite. So Matt Sharp, Dan Adler and co want to take advantage of this.” Naturally, fans took to the comments to talk about it.

90 Day: The Single Life viewers joined in the comments. One of them said, “Well lemme tell ya…Bares All is the exact same way and I lost interest for that reason.” Then another fan wrote, “Oh god stephanies cooking show fetish made me🤢🤮.”

Be sure to catch up on everything happening with the TLC franchise right now. Come back here often for more 90 Day: The Single Life spoilers, news, and updates.