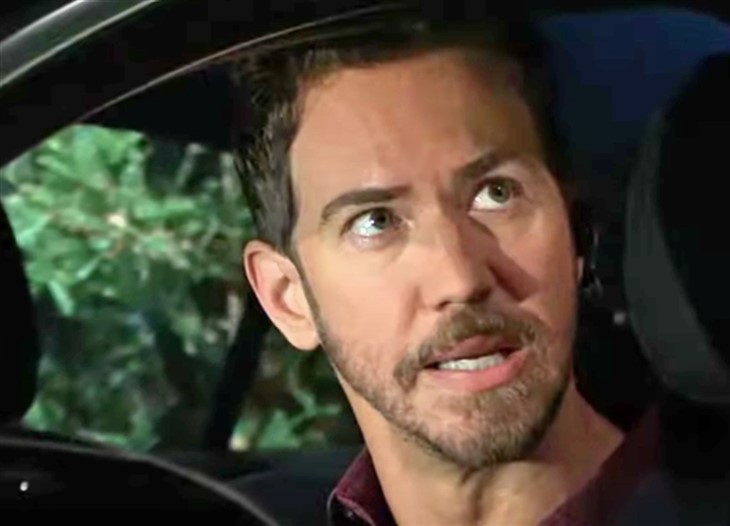 General Hospital viewers will recall that several remain in captivity on Cassadine Island, thanks to Peter August! Drew Cain (Cameron Mathison) and Jason Morgan (Steve Burton) remain chained to the walls of the dungeon beneath the Cassadine Castle, while Peter has Britt Westbourne (Kelly Thiebaud) in a bedroom locked up, where he has been trying to convince her that she should act more sisterly, and align herself with him!

Liesl Obrecht’s (Kathleen Gati) condition and location remain unknown, with her needing medical attention for the wound accidentally caused by Britt when she harpooned her, thinking she might be Peter or one of the guards! General Hospital viewers will remember she was able to remove the harpoon and bandage her up, but there is still high risk of infection, and Peter has not taken her to her mother! For all Britt knows, his wording “resting comfortably” might mean Liesl is dead!

GH Spoilers – Peter August Provided A Demonstration Of His Power, But It Could Have Backfired

General Hospital viewers will remember that Peter drug Britt down to the dungeon to show her and Jason Morgan his power! He activated Drew, and ordered him to cut himself, which he did, and then deactivated him. He had used one tarot card with a tower on it combined with a command to activate him and another with a chariot and another command, “stand down” to deactivate him. His mistake was doing it in front of Britt and Jason, because he literally “showed his hand” in regards to the cards.

Jason discussed this fact with Drew, as General Hospital viewers will recall and it’s likely they will attempt a takedown of Peter on their own. Likely, the next time Peter comes into the dungeon he will have Britt as hostage again when he returns, as well as some of his goons, who he also had brainwashed. The big question is whether the cards are really necessary to activate and deactivate Drew, if they are not, then Jason can deactivate him on his own. Of course, that move will have to be done at exactly the right time – when Drew is unchained, which Peter will have to do if he’s going to use him against Jason.

General Hospital viewers can expect that Britt may play along with Peter as part of a plan of her own, so that he can be taken by surprise if he takes her to the dungeon again, as she expects he might. It’s doubtful that she could con him expertly enough to try a Liesl move on him, and take away the cards, but under this type of situation she may just unleash her inner Faison although she would consider that a last resort! After all, sometimes you have to fight fire with fire, as General Hospital viewers know!

Liesl is capable of some evil herself, as was witnessed several years ago when she knocked Peter out and drug him out of the Metro Court and tied him up in a cabin and tortured him! This was an extreme situation after she had just lost her son Nathan West (Ryan Paevey) at his hand and she was pushed to her limits! Britt, as a genetic combination of Liesl and Cesar Faison (Anders Hove) is being pushed to her own limits and subject to explode all over her half-brother at any time!

General Hospital viewers know that the reason Peter kidnapped Liesl is because he wanted her to brainwash Maxie Jones (Kirsten Storms) into reconciling with him and leading him to their daughter, Louise Jones (Harper and Scarlett Bloom)! Liesl’s survival, as Drew’s, depends on whether he still needs them or not to accomplish his purposes, as well as keeping Britt and Jason alive or not. General Hospital viewers can expect Peter to make some unexpected moves that will cause all four lives to be in danger – that is, if Liesl is even still alive – if he realizes he doesn’t need them anymore!

There is a good chance that Peter has realized he can brainwash Maxie without Liesl’s help, and he might have figured out how to activate Jason’s brainwashing that didn’t work before because it has nothing to do with memory transfer between him and Drew! He may pit the brothers against each other and command them to try and kill each other in front of Britt, and she may deactivate both of them, throwing Peter off his game and sending him back on the run!