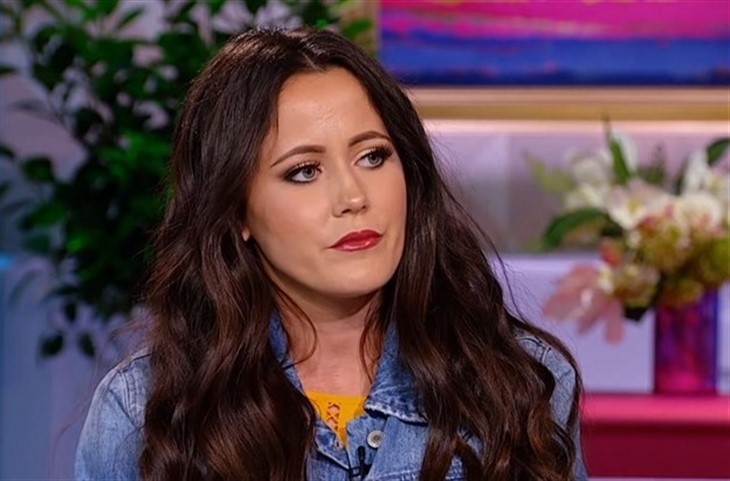 Teen Mom alum Jenelle Evans was hated even though she ended up with one of the largest followings. Anyway, although she was fired, a lot of hate continued to go her way. Actually, she made a serious effort to try and make something good out of her relationship with David Eason. However, now that he lost a line of business, she finally cried and blamed her many haters.

Teen Mom – Gave Fans Lots Of Reasons To Hate Her

Central to a lot of drama, fans saw a young sulky teen who threw a temper tantrum whenever anyone tried offering advice. As time went by, she feuded with almost everyone in her circle, including her castmates. The fact that she spewed out her dirty laundry on social media, didn’t help her image. Longrunning feuds with Nathan Griffith and his family erupted constantly.

Back when the Teen Mom star was pregnant with Kaiser, she was still married to Courtland Rogers. Fans started a rumor that she might be taking drugs. Well, a lot of things came and went over the years, some of them false. Unfortunately, a lot of it was based on a sliver of truth. So many lies came out of her mouth that sometimes, it was easier for fans to just run with the next scandal.

In more recent times, Jenelle and David seemed to work hard at making a better normality for themselves and the kids. She found a lot of support, but of course, haters still plague her, especially after David killed her pup Nugget. Recall, that was the incident that popped the lid off MTV’s tolerance. Nowadays, she seems to earn off her various business lines and her social media income. However she just lost one of them, so she cried. 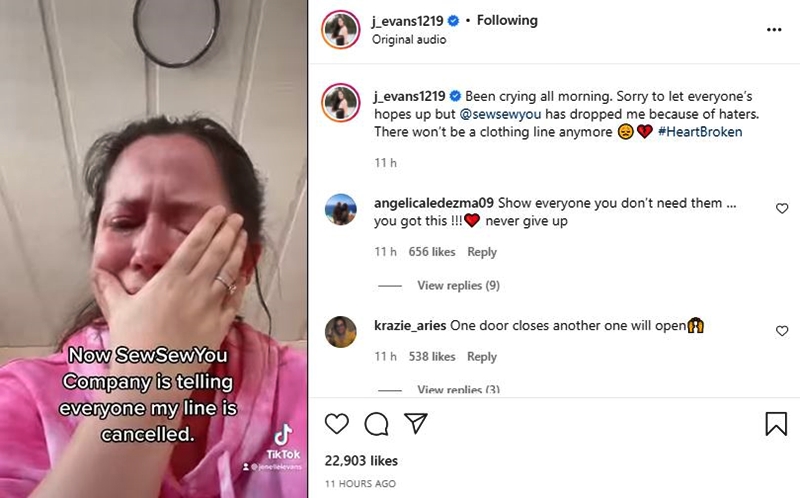 Teen Mom star Jenelle took to her Instagram on Friday, November 12. In the clip, she’d clearly been crying. She said that she tried to start a website under her name. That was clearly a mistake, as she broke down, and said that the Sew Sew You clothing brand dropped her because of haters.  Her caption noted, “Been crying all morning. Sorry to let everyone’s hopes up but @sewsewyou has dropped me because of haters. There won’t be a clothing line anymore 😞💔 #HeartBroken.

Not all Teen Mom fans mindlessly hate Jenelle these days. So, a lot of them tried to cheer her up. One of them said, “Show everyone you don’t need them … you got this !!!❤️ never give up.” Meanwhile, some of them prayed that new doors would open up for her. Another one told her, “Girl do you(sic) own line we will buy from YOU!”