The Young And The Restless Spoilers: Anguished Abby Checks Into A Seedy Motel 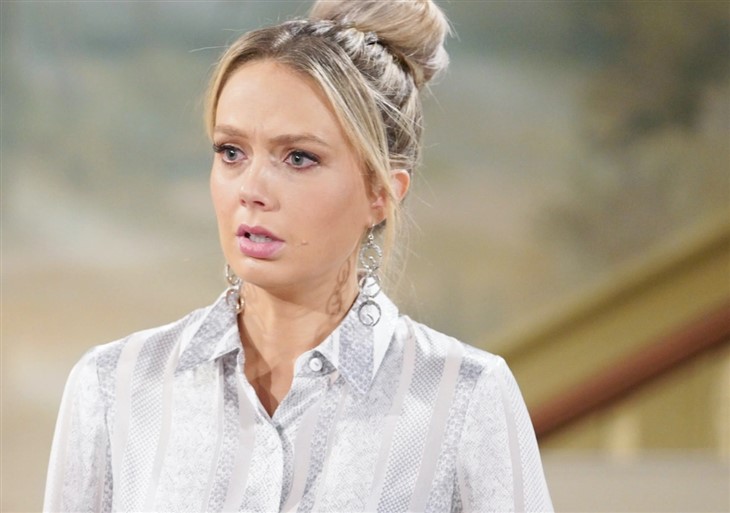 The Young and the Restless (Y&R) spoilers reveal Abby Newman going more and more off the deep end as she just can’t handle the pressures of single motherhood and widowhood at the same time.

The Young And The Restless Spoilers – Will Abby Newman Lose Her Mind?

The week starts with Abby (Melissa Ordway) showing up at Devon Hamilton’s (Bryton James) place to drop off her baby because at least he doesn’t cry when Devon holds him while he always cries around hot mess Abby. Devon doesn’t quite know what to say or do, but eventually, he relents and takes Dominic into his home until Abby feels up to caring for him again.

Ashley Abbott (Eileen Davidson) and Victor Newman (Eric Braeden) are quite alarmed regarding Abby’s erratic behavior and can’t believe when she returns home with the baby and that she didn’t ask either one of them for help taking care of him. Abby explains she wanted him to be in a better atmosphere than the depressing Chancellor mansion as everyone mourns.

Soon, a package arrives with many of Chance’s things and Abby just can’t take it anymore. She grabs the box and disappears, checking herself into a seedy motel to deal with things by herself.

As Abby takes pills and cries her eyes out, we do not believe she starts teleporting through Genoa City this time, but she does go through Chance’s box and finds all his medals from his life before her when he was fighting international crime. She realizes he had an entire life before her that she knew nothing about. (Maybe you shouldn’t marry someone you dated for a few short months just so you could have a baby.)

As Abby starts digging through the box, she also discovers a mysterious something that leaves her wondering if Chance might still be alive and is trying to send a message to her. Considering Chance has already been recast with Conner Floyd, Abby is actually right about something. It looks like Devon is going to have Dominic for a while as Abby sets off in search of her missing husband. Stay tuned to The Young and the Restless weekdays to see how this story plays out.