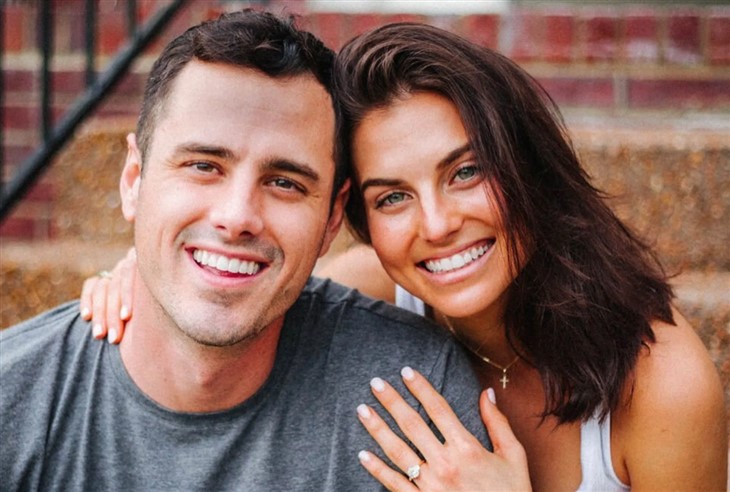 Bachelor fans first saw Ben Higgins back in 2015. He was competing for the heart of Kaitlyn Bristowe but she sent him home. Next. as the lead, he chose Lauren Bushnell in 2016 and proposed. So, ABC fans thought of them as a success story. However, it never worked out. Actually, in hindsight, cracks appeared because he also told Jojo Fletcher that he loved her as well. Well, he moved on. Now, he tied the knot with Jessica Clarke.

Fans heard some time ago that the couple soon planned on marrying. He and Jessica met in 2018 and in 2020, he proposed. In fact, they purchased a home together in Colorado. The announcement that they planned their wedding for November 13 in Tennessee came out and that happened this weekend.

The Bachelor alum invited colleagues and friends as well as family. Actually, they previously delayed their wedding because of coronavirus restrictions. ABC fans seemed delighted that they finally did the deed and plenty of congrats went their way on social media. Later, People Magazine reported all the main details about their happy day.

People reported that they tied the knot at “The Estate in Cherokee Dock near Nashville, Tennessee.” Taking care with the coronavirus, they insisted that all guests should be vaccinated or have negative COVID-19 test results. Ben raved about tying the knot and described his utter happiness. “I am so excited,” Higgins, told the outlet, adding, “We have so much to look forward to.” He also said, “I know we will have a beautiful marriage.” 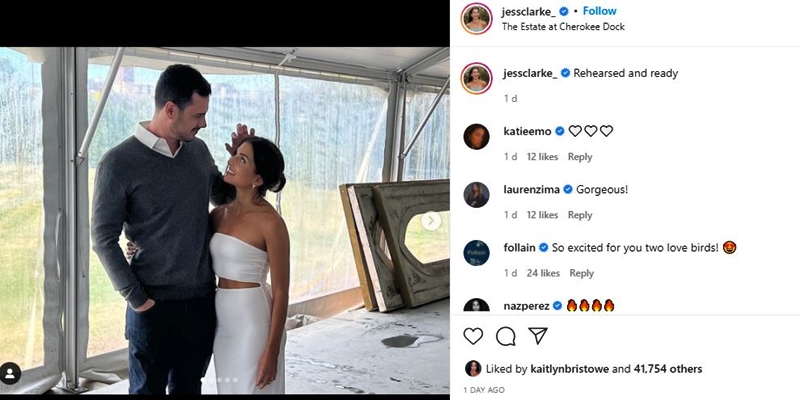 The Bachelor alum married in a formal tux, and Jessica wore a gown by Anne Barge. The outlet also noted, “the ceremony also featured a scripture reading and quotes from Winnie-the-Pooh that were specially selected by the couple.” Later, their guests all gathered for cocktails and celebrations. Other cast members from the franchise included people like Jared Haibon and Ashley Iaconnetti. Meanwhile, Wells Adams acted as the groomsman.

Bachelor fans saw that Jessica shared about their wedding rehearsal. Many of them seemed delighted for the couple. In the comments of her Instagram post, many of them sent in their best congratulations. Clearly, Ben Higgins made a popular choice to live out the rest of his life with Jessica.

One fan wrote, “Enjoy tomorrow and congrats. It will be the best day of your life ❤️.” Then another fan penned, “Radiating with so much love!! So excited to celebrate you ❤️.” In her caption, Jessica wrote, “Rehearsed and ready.” It certainly sounds like she had no last-minute doubts about tying the knot.

Be sure to catch up on everything happening with the ABC franchise right now. Come back here often for more Bachelor spoilers, news, and updates.