General Hospital (GH) Spoilers: How Is Marshall Tied Up With Linc? 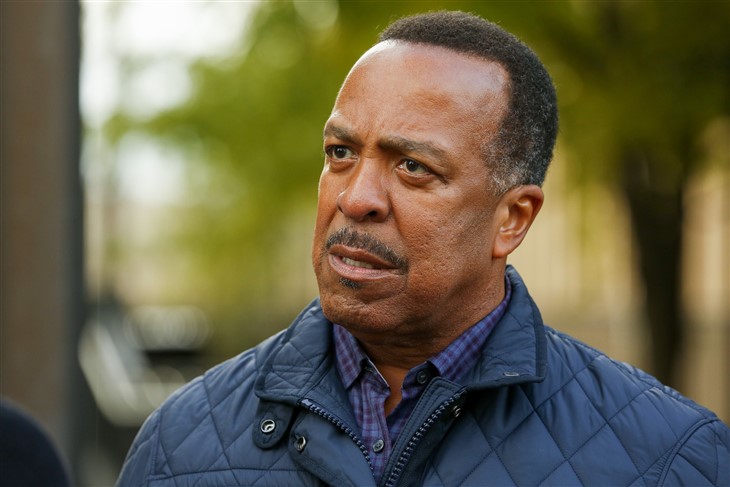 General Hospital (GH) spoilers have shown that Marshall (Robert Gossett) seems to have aligned himself with Linc Brown (Dan Buran). Linc has already gotten himself tangled up with Curtis Ashford’s (Donnel Turner) possible father. What is his plan now that he cannot control Brooklyn Quartermaine (Amanda Setton) anymore?

General Hospital’s Linc seemed overly eager to help Curtis to book someone to play at The Savoy. However, we have now learned that Linc is tied to Marshall who keeps following Curtis around. Marshall has approached almost everyone close to Curtis and yet he’s not said anything to Curtis at all.

Why is Marshall so invested in Curtis and how is he tied up with Linc? Linc has been proven to be untrustworthy. After all, look at how Linc tried to take advantage of Brooklyn Quartermaine (Amanda Setton). Could Marshall be a part of the Novak family and Linc be associated with them? Linc didn’t hesitate to get mixed up with Valentin Cassadine (James Patrick Stuart) to take Brooklyn’s ELQ shares, what else is he missed up in?

General Hospital’s Marshall’s timing is very suspicious. Joey Novak (Patrick Zeller) was attacked but no one is taking responsibility for it. However, the mob attack is putting Curtis’ club in a bad light. Now one is wanting to play the club because it is tied to mob violence, which Jason Morgan (Steve Burton) tried to stop by offering Curtis protection. Could Marshall be behind this as well? It seems very straight that all of this is happening now, right when Marshall shows up Is Marshall trying to pull Curtis into the mob or simply a man wanting to catch up with his son?

General Hospital Spoilers – Where Has Marshall Been All This Time?

If General Hospital’s Marshall is Curtis’ father, where has he been all this time? Stella Henry (Vernee Watson) says she gave up the man she loved to help take care of her sister’s children after their father died. What happened to Marshall? Obviously, Marshall didn’t die when Curtis thought he did. Did Marshall walk away from his family leaving his wife to lie about his death? Did Marshall fake his death to leave his family? Could Marshall have gone into witness protection for some unknown reason? Marshall abandoned his family for some reason and Curtis deserves to know why.

Marshall’s sudden appearance makes it look very likely that he and Linc are tied up with the mob. Does Marshall have some control over Linc? Marshall’s story needs to come to light soon so Curtis can have some answers. Will he ever learn the truth?