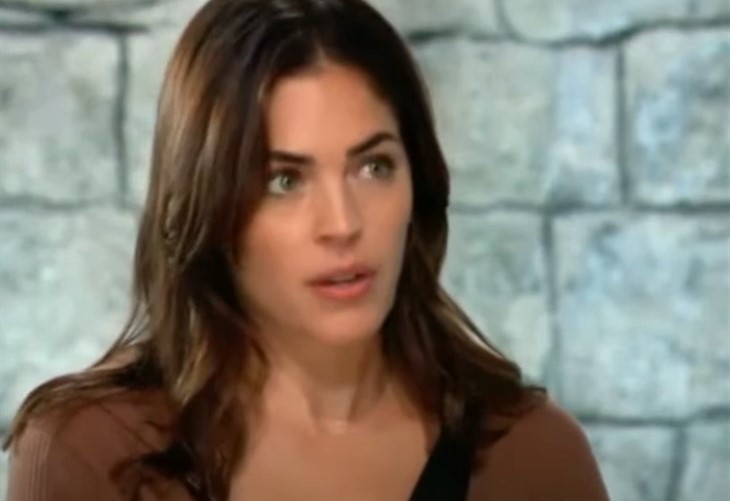 General Hospital (GH) spoilers and updates tease Dr. Britt Westborne (Kelly Thiebaud) has been looking for someone to love. Britt had thought that she had found love with Jason Morgan (Steve Burton). Britt was heartbroken when Jason needed to marry Carly Corinthos (Laura Wright). Jason and Carly needed to get married to show a united front to the other mafia families in Port Charles.

Jason and Carly did not stay married because Carly’s husband Sonny Corinthos (Maurice Benard) returned to Port Charles after everyone believed that he was dead. Britt and Jason are trying to find a way to help Jason’s brother Drew Cain (Cameron Mathison) and her mother Dr. Liesl Obrecht (Kathleen Gati) who are being held on Cassadine Island by her brother Peter August (Wes Ramsey). Britt and Jason may not be able to get back to being in relationship. Britt will need to find a new love when she returns to Port Charles.

Britt may find that she gets closer to Drew while they are on Cassadine Island. Britt and Drew have not been in a relationship in the past. Drew may be the one to help Britt and Liesl to get back to Port Charles. Drew has not been in a relationship ever since he was with Sam McCall (Kelly Monaco). Britt may find that Drew could be the right man for her.

Britt and Dr. Hamilton Finn (Michael Easton) have been acquaintances. Britt helped Finn and Anna Devane (Finola Hughes) when they were trying to find Liesl in the past. Finn has been trying to get into a relationship with Elizabeth Webber Baldwin (Rebecca Herbst) after his relationship with Anna ended. Finn and Liz may not be able to go forward with their efforts to become a couple. Britt could help Finn if he and Liz find that they are better as friends.

Britt has gotten to know Dr. Austin Gatlin-Holt (Roger Howarth) because he helped to deliver Peter and Maxie Jones’ (Kirsten Storms) daughter Louise August (Odell-Diaz Twins). Austin has shown interest in Maxie who has not wanted to get into a new relationship at this time. Maxie may believe that Austin would be good man for Britt to be with. Britt has been grateful to Austin for helping Maxie and Louise. Britt may want to see if she and Austin could be a couple.

General Hospital Britt has had trouble in her past but she has worked to become a better person. Britt is the Co-Chief of Staff at General Hospital and has been able to get the respect of those she works with. Britt wants to be able to find love.