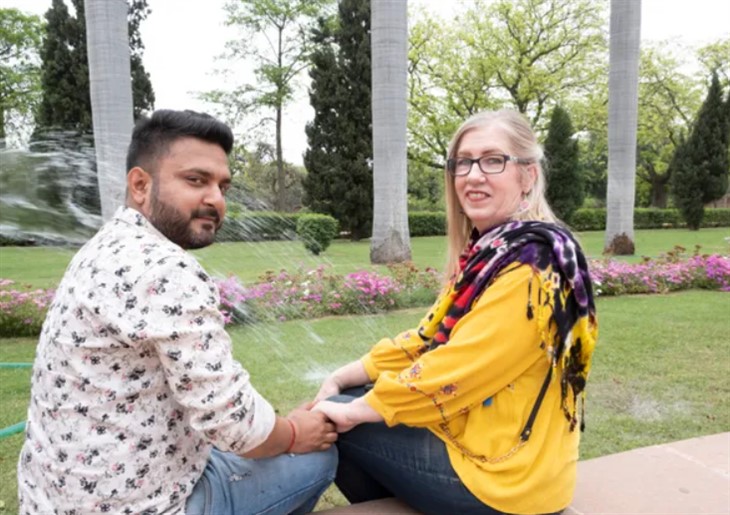 90 Day Fiance: The Other Way Season 3 currently plays out and Jenny and Sumit get a lot of attention. Finally, after years of stalling, Sumit seems free to pave the way to putting a ring on her finger. However, he ducked out of the commitment in the past, so fans think he’s doing everything he can to wriggle out of it again. A wedding date meme emerged, and skeptical fans just laughed.

So far this season, fans saw Jenny undergo a lot of humiliation. She constantly chases after Sumit to marry her. However, a bit like Chantel and Pedro from The Family Chantel, a lot of fans think their union is all a bit of a sham. Season 3 came with some rather controversial scenes involving other cast members as well. In particular, Corey Rathgeber and Evelin took a lot of heat.

90 Day Fiance fans finally heard him confess what they already suspected: They married ages ago and kept it a secret from their fans. Much like Sumit, he kept developments from fans. Recall, Sumit didn’t tell Jenny he was already marred by arrangement. That divorce paved the way for Jenny, but that has never happened yet. He always seemed to hide behind his mom Sadhna who threatened to kill herself if he married Jenny.

Earlier in the season, fans saw that Sumit’s mom Sadhna decide to move in with Jenny and Sumit to teach her how to be a good wife. Fans felt terribly embarrassed for Jenny who suffered a lot of humiliation. Later, an Astrologer told Sadhna to give them space and stay out of it. So, that opened the way for them to finally marry. However, sneaky Sumit told his friend Neeraj that he called a lawyer and told them to hold off on filing the marriage papers.

Of course, 90 Day Fiance fans just see that what they suspected all along comes true. They think he never had any intention of marrying. So, they expect him to try and stall again. That’s why, when a wedding date meme emerged, a lot of skeptical fans laughed about it. @yourerodchuckness shared about it on their Instagram.

90 Day Fiance saw the post about the wedding date and of course, they talked about it in the comments. One fan said, “LMAOOOO.” Then another one wrote, “You almost got me 😂.” Another one commented, “They better contact the astrologer! Is that a good day? Lol!”

Be sure to catch up on everything happening with the TLC franchise right now. Come back here often for more 90 Day Fiance: The Other Way Season 3 spoilers, news, and updates.