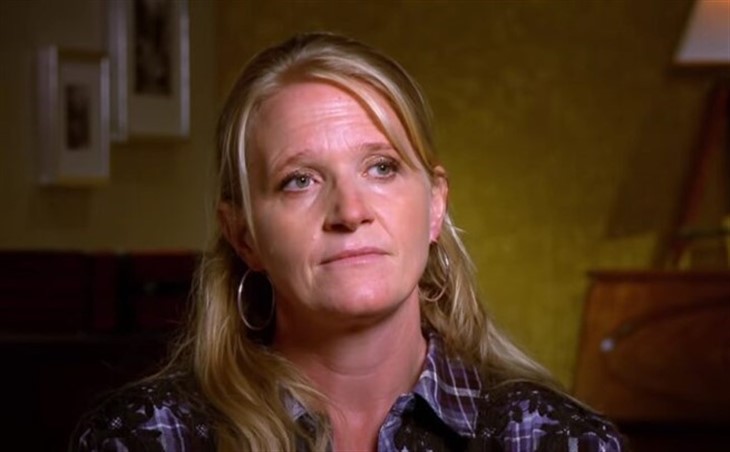 Sister Wives fans heard that Christine Brown officially broke off her spiritual marriage with Kody after 26 years. Rumors came that she relocated to Utah and now the family no longer need to hide that mega-spoiler for season 16. These days, she enjoys being a lot closer to her Grandchild, Avalon Padron.

Before Mykelti welcomed Avalon, the Brown family only had two grandchildren. Both of them came from Maddie Brown Brush and Caleb. Of course, in the polygamous family, all of the wives treated Axel and Evie as their own grandchildren. Almost unheard of, Kody actually shared some photos of Mykelti’s daughter on his social media. So, for Christine, a grandchild in her direct bloodline seems extra special.

Now that the Sister Wives star moved to Utah, she seems to live a very different life. In fact, after the hassles of living with so many other family members around, her life seems simple. So, she enjoys an uncomplicated lifestyle now. Although she lives close to her daughter Asypn, she doesn’t live in the same place as Mykleti. However, she certainly finds it easier to spend time with her. Recently, when Tony Padron went away, she and Truely hung out with Avalon and her mom, Mykleti.

On Tuesday, November 16, Christine took to her Instagram and shared a photo of baby Avalon. She captioned it with, “I adore the faces we make at babies to make them laugh. I’m sure they think we’re insane!” She looked very happy and used the hashtags, “#omatime,” “#grandbabies,” “#grandbabiesarethebest,” “#makingbabieslaugh,” and  “#makingfoolsofourselves.” 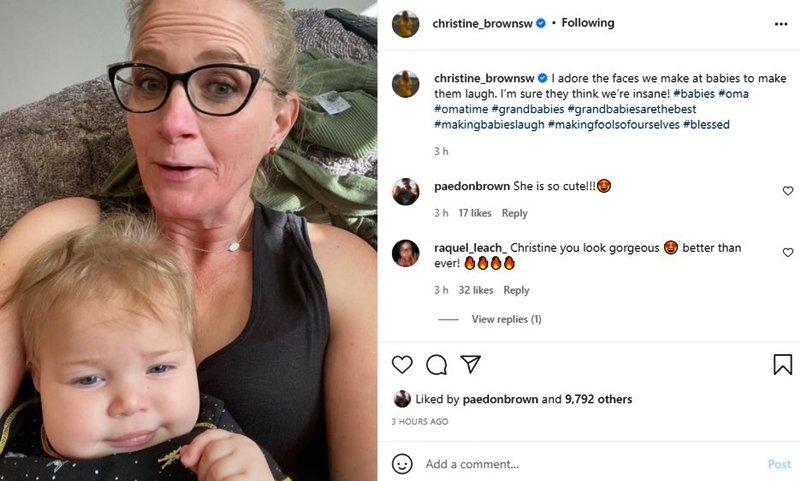 The Sister Wives star clearly adores kids. Bear in mind, she raised six of her own. Her son Paedon commented on the post by his mom. Actually, he seemed to bond with Avalon the moment she set eyes on her. He said, “She is so cute!!!😍” Actually, when Avalon arrived, his mom shared a photo of the gentle giant sprawled on the couch with his new niece and that looked adorable as well, fans agreed.

Sister Wives fans quickly took the comments. One of them wrote, “Christine you look amazing and are glowing I’m so happy for you.” Then another one said, “Oh my, this baby is the cuuuutest!! One lucky Grandma!” More followed and this comment also arrived: “You are a true inspiration momma/ grandma! So proud of you and the journey and strength you are showing not only [for] your daughters but people like me. Thank you for putting God, Family and piece (sic) of mind above all. P.s beautiful granddaughter.💕”