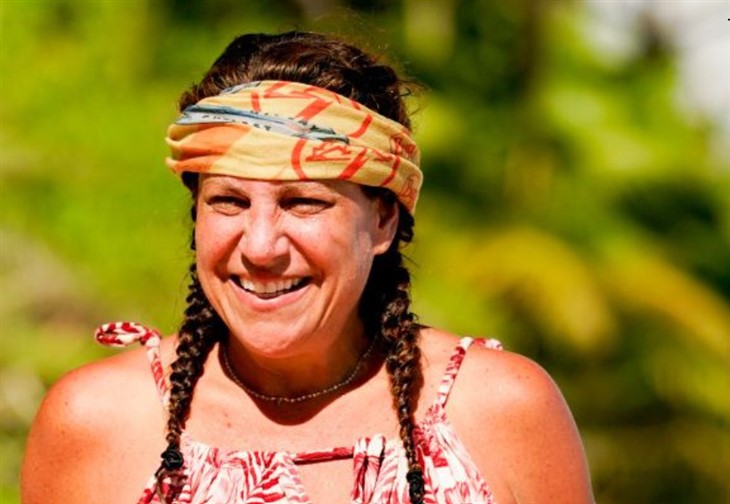 Survivor Season 41 has added yet another voted-off player to its “the tribe has spoken” list. But this time, that contestant, Tiffany Seely wants to follow up on the tribe’s vote to spill the behind-the-scenes scoop!

For instance, Tiffany revealed how she defines the ultimate “Survivor nightmare.” As for predictions of who might join Seely in the voted-off circle? Get her insights below.

Learning who to trust (and who to avoid) plays a key role in winning Survivor. And as recently departed Tiffany Seely told TV Line, viewers don’t always see what contestants actually know. “The reason trust went out the door with Liana was not because of me,” insisted Tiffany. “But because she lied to me after she went up to that mountain.”

And life got “absolutely cuckoo” when Liana failed to give the advantage to Shan, added the contestant. Instead, she told Shan about alliances, ending up with Liana getting angry at Seely.

“What the hell? You lied and didn’t do what we asked you to do, and now you’re coming after us? From that point on, that was it for Liana. She flipped the minute we got to the merge. It was a nightmare,” summed up Tiffany.

Despite what Survivor viewers saw, Seely feels that she and Evvie remained “ride-or-die.” Their trusting alliance kept one another “in each other’s corner the entire time,” added Tiffany. As a result, the two “masterminded” a plan that would keep them both on the show.

So what went wrong? Seely admitted that she’s not quite sure. “At the end of the day, I don’t know if Xander was just really shortsighted and wanted props for things, or if he was getting annoyed that Evvie and I were in lockstep… who knows?” she asked.

And Tiffany also confessed that she struggled not to use the idol on Evvie. Instead, ironically, she gave her loyalty to Xander. “And the minute I gave it back to him after, he never spoke to me again. That was it,” added Seely.

Analyzing what went wrong, Tiffany noted that rather than playing the game strategically, many of the contestants focused on looking for a leader. “There were a lot of people not being strategic and just listening to the boss, who in some cases was Shan and in others, Deshawn. There was no rhyme or reason,” summed up Seely.

And she admitted to feeling disappointed about the “s–t exit with nothing flushed.” But Tiffany also hinted that she believes the traditional Survivor game has suffered from the new rules. As a result, luck rather than strategy determines the end game.

“A lot of these advantages and a lot of the gameplay, I’m going to be honest, can be chalked up to luck. It became a lot of luck versus strategy,” argued Seely. “And I think that threw a lot of the players and made them forget about idols being scary in the game. I’ve never seen a Survivor where idols and advantages don’t make you a target. Are we playing the same game?”

What do you think about the issues raised by Tiffany Seely? Have the new rules to Survivor hurt rather than helped the show? Tell us your views. And then check back on our site for all the Survivor news!