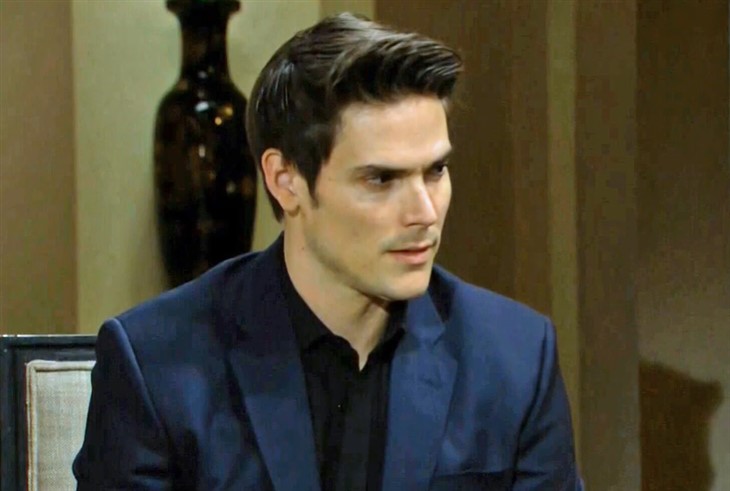 Adam is telling Rey that Billy attempted blackmail against Newman Enterprises. Rey is leery of anything involving Adam. So, the Genoa City, Wisconsin Police Department’s lead detective will not allow himself to be used as a pawn.

The Young And The Restless Spoilers – Seeing Jesse Gaines At Society

Jesse Gaines (Jamison Jones) and Adam allowed Rey to see them meeting at Society. Adam did not know Rey and Sharon Rosales (Sharon Case) would be at the popular restaurant setting but took that happenstance opportunity to further the overall agenda.

The Young And The Restless Comings And Goings: Roxanne Hart Debuts – A New Nurse In GC

Rey’s recall of a conversation he had with Billy and Lily Winters (Christel Khalil) is important. Vilasuso’s character did not believe Billy was telling him the truth. Thankfully, Lily told it.

Adam hopes that pressure from the authorities is applied to Billy, along with the threat or actualization of lawsuits. The coordinated attempt to flood the zone is intended to knock Chancellor Communications down.

Y&R Spoilers – What About Chancellor Communications?

Chance Comm is the official abbreviation, according to Y&R’s Twitter feed. It is reasonable to wonder how long that entity will exist now that Newman Media has Jill Abbott Atkinson’s (Jess Walton) media division in its crosshairs.

Lily helps to keep Billy in check. So, Jill made a wise choice in hiring a counter for her son in this regard.

The Young And The Restless Spoilers – Sally Spectra Was A Witness

Sally was at Society with Adam when Rey and Sharon came in, which was before Jesse arrived. Hope’s character offered her help after Adam met with the man he and his father, Victor Newman (Eric Braeden), pressured into lying.

Adam would be wise not to allow Sally to become involved in what has been a well-oiled takedown machine. But Y&R fans know that Sally has a way of involving herself in sticky issues.

Billy might benefit from Sally’s push into Adam’s shady business. Something like that will need to happen to alter the trajectory of the missiles Adam, Victor, and Ashland Locke (Richard Burgi) are firing at Chance Comm, intending to assume control soon.