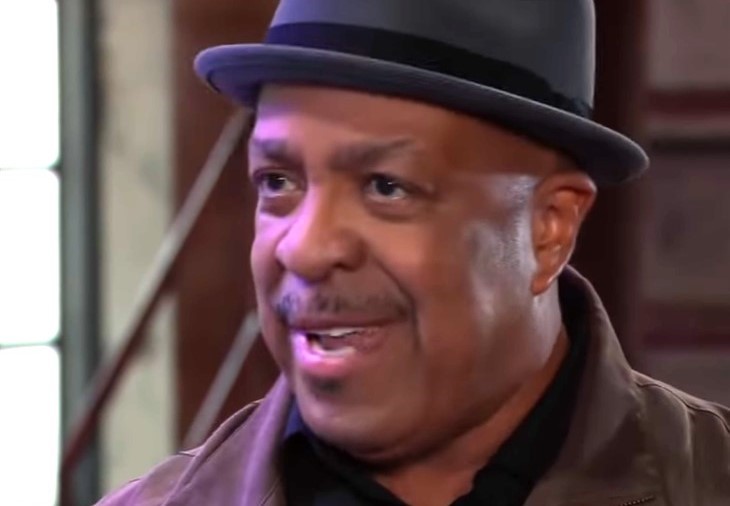 General Hospital Spoilers tease that Marshall Ashford (Robert Gossett) just dropped a huge bombshell on Curtis Ashford (Donnell Turner). After weeks of following Curtis around and asking his friends and family about Curtis, Marshall finally revealed himself to Curtis. And what he had to say threw Curtis for a loop. Marshall claimed to be Curtis’ father, who Curtis had believed dead since Curtis was only three years old. Their first encounter was as rocky as one might expect. But when he left, Marshall left Curtis a family picture taken before Marshall had left.

It’s anyone’s guess whether Curtis will eventually let Marshall into his life. But that won’t likely stop Marshall from trying to help Curtis from behind the scenes. But is Marshall really helping Curtis or will it cause him more problems in the end? Marshall’s way of helping seems suspect at best. Let’s take a look at what we’ve seen so far.

When wannabe mobster Joey Novak (Patrick Zeller) began throwing his weight around at the Savoy by threatening Carly Corinthos (Laura Wright), Curtis promptly threw him out of the club. But in the back alley behind Curtis’ new establishment, Joey ran into Marshall. The next time anyone saw Joey, he had been beaten within an inch of his life. It seems most likely that Marshall had something to do with Joey’s injuries, possibly even causing them himself.

The last time Linc Brown (Dan Buran) was in Port Charles, he was Brook Lynn Quartermaine’s (Amanda Setton) music producer. Brook Lynn was stuck in a contract with Linc, and the only way Linc would allow Brook Lynn to either perform or create new music is if she would sleep with him. He had actually been hired by Valentin Cassadine (James Patrick Stuart) to get Brook Lynn’s shares of ELQ, although Valentin had no idea of Linc’s sexual advances. Linc was eventually run out of town until he showed up to provide live music at the Savoy at the last minute. As it turns out, Linc was sent there by Marshall to help Curtis.

Given these two events, and the way he stalked Curtis when he arrived in town, it appears that Marshall is up to no good. Curtis would likely do well to avoid his so-called father before he brings both Curtis and his new business down.

Is Marshall really Curtis’ father? Have Marshall’s actions up to this point been too shady? Should Curtis steer clear of his newfound father? Anything can happen in Port Charles so stay tuned to General Hospital airing weekdays on ABC. And don’t forget to check back right here regularly for all your General Hospital news, information and spoilers!