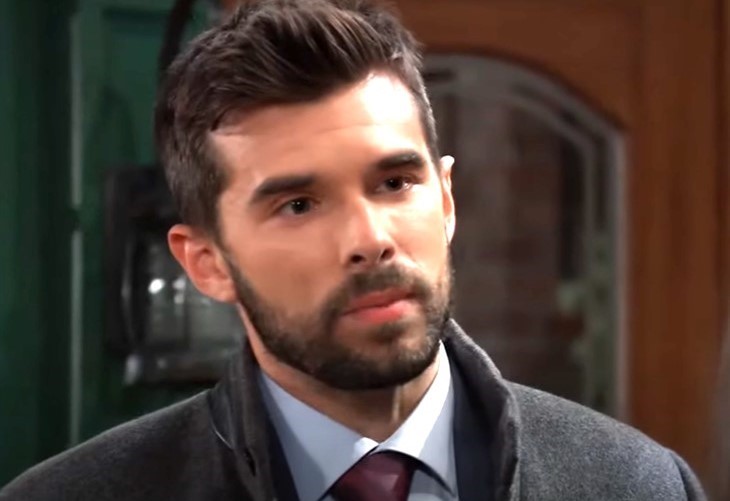 Chase (Josh Swickard) knew Brook Lynn Quartermaine (Amanda Setton) was lying through her teeth the other day when she explained why she wanted to give birth almost all alone in a motel room with just a doula, and doulas are not trained to deliver babies anyway. After also FINALLY realizing Maxie Jones (Kirsten Storms) has never acted like a woman whose newborn has been kidnapped, it dawns on him that Bailey and Louise are the same baby and Brook Lynn was never pregnant.

The detective also deduces that Maxie and Brook concocted this scheme to keep Peter August (Wes Ramsey) away from Maxie and his baby, but does he realize the fake pregnancy was separate from Maxie’s original scheme and Brook Lynn was just doing that to get Valentin Cassadine (James Patrick Stuart) to give back ELQ stock.

When Valentin finally confronts Brook Lynn about her secrets and demands to know if he is really Bailey’s father, Chase overhears all and steps in to stop Brook from telling Val the truth. Instead, he makes a spur-of-the-moment decision and blurts out yet another lie that will have him bonded to Brook Lynn in a brand-new way.

Who wants to bet that Chase steps up and pretends to be Bailey’s real father, throwing Valentin off the Peter scent? This would certainly take Brook and Chase’s relationship to the next level and Valentin also knows they are close, but what would Chase’s excuse be for not claiming his alleged child before this? It’s not like Chase to agree to a scheme that would be for Brook and ELQ’s benefit, so what gives?

This would be a good time for Valentin to get more suspicious than ever and demand a paternity test — a test that could show he is related to Bailey after all because he is really Peter’s father. If GH wants to get as soapy as it gets, that’s how to end this storyline and also redeem itself with so many beats still to play out. Hopefully, the end beat would be Valentin killing his own son. Could we get so lucky? Stay tuned to General Hospital weekdays to find out.