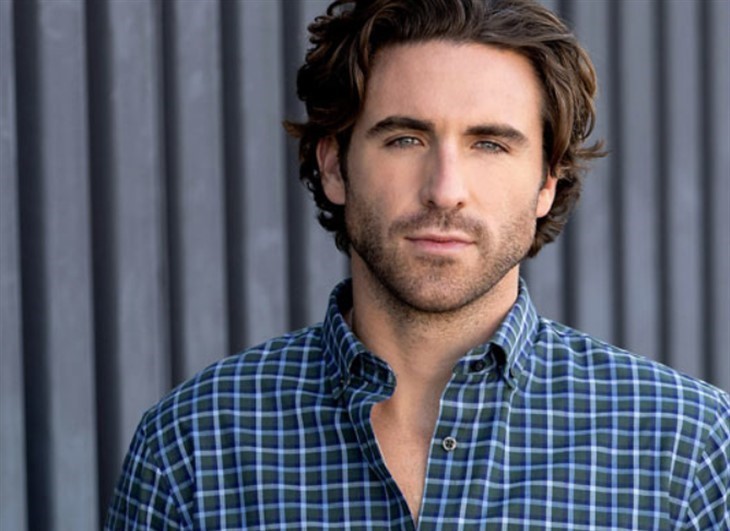 Viewers of The Young and The Restless may be interested to know that the role of Chance Chancellor is not the first time Conner auditioned for a part on The Young and The Restless! Conner says that it was nice to get another opportunity. He notes that he had no idea that he was auditioning for the role of Chance! He was, as many auditioning actors are, given a “side” – meaning a script with fictitious names. Conner says that Melissa Ordway, who plays Abby Newman Chancellor gave him a little hint.

Melissa’s “inside scoop” came to him when he arrived at the studio for his audition. Conner says he was very nervous during his audition – he was in the lobby, and actually sweating as he was reading through his lines on the audition script. Conner says Melissa came out and sat next to him and asked him if he was testing (screen testing, for the role). She told him that he would be testing with her for the Young and Restless role.

Viewers of The Young and The Restless know that Chance, of course, is the husband of Abby Newman Chancellor who went missing, and Conner was very grateful for the character details that Melissa gave him. She likely gave him an edge in his audition for her television husband, and Conner notes that it really helped.

Viewers of The Young and The Restless have wondered how the story of Chance would end, or if it would end, considering the character has gone missing and been presumed dead at least one time previously. Conner had to take a few deep breaths as he and Melissa entered the audition area for the screen test, but once they got in there and he was calmed down, he says it was fun! He also notes everyone was easy to work with and gave him notes to help and talking to him and very helpful and friendly.

Viewers of The Young and The Restless will note that Conner didn’t assume he’d aced the audition and screen test, but he never assumes anything. Conner says he always takes a wait and see or wait to hear attitude, and usually goes away thinking he could have done better! Conner admits he’s a perfectionist so he is hard on himself. He just bided his time and hoped for the best for the next three days, although he admitted he had some nail biter moments and frequently texted his agent to see if she had heard anything.

She called to give him the good news just as he was getting ready to do a workout in his garage, where he keeps his workout equipment. Needless to say, he didn’t get much of a workout that day! Conner also shares that his first day of work he made voiceovers and audio recordings, and had his wardrobe fittings and everything he needed. Viewers of The Young and The Restless actually heard those first recordings in the scenes where Abby was in the hotel room remembering Chance telling her things while looking through the items in his memories box.

Conner shares that his first scenes other than voiceovers on The Young and The Restless had a lot of lines to memorize – and when he got in front of the camera, finally, the director said welcome and put him right into action! Conner teases a spoiler for viewers of The Young and The Restless, with a lot of his premiere scenes having Chance explain what had been going on, presumably to Abby, since the current storyline has her searching for him. Conner teases it was quite a mouthful! He was told afterwards that was it, they had it, and he couldn’t believe he made it in just one shot!

Conner is grateful for Melissa’s help, noting she’s been like his on-set mom, introducing him to everyone else and telling him what to expect, and even helping him learn his lines! He says she was a great partner on-set and coming to work is like coming to his own home, as far as feeling comfortable.

He’s excited about playing Chance, and feels awesome about how he’s been able to adjust so easily, even though he admits the first couple of weeks were a little crazy! He admits he’s new to the television show way of production and shoots, because he’d been more used to the independent film realm. He hopes to bring the intensity of Chance’s character to life every scene he’s in!