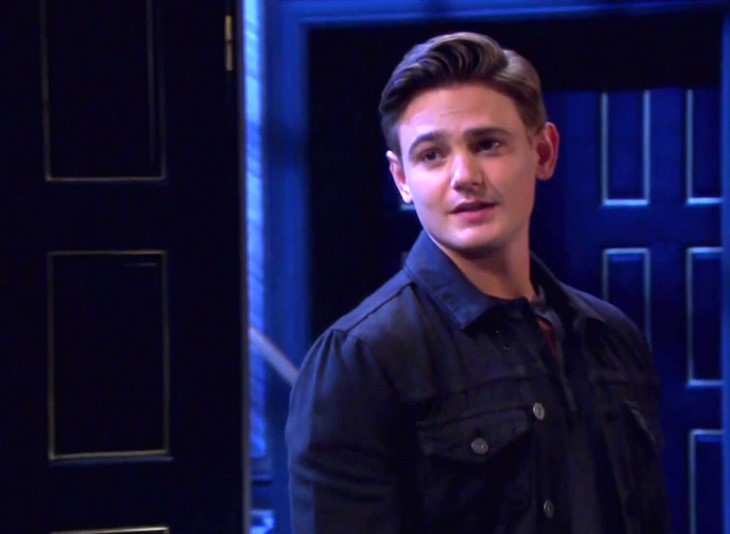 Days of Our Lives spoilers for the week of November 22 reveal that Johnny DiMera (Carson Boatman) gives Steve “Patch” Johnson (Stephen Nichols) important information. It leads to Steve checking out the DiMera crypt. While John Black (Drake Hogestyn) and Susan Banks (Stacy Haiduk) are found, there is a twist.

DOOL spoilers reveal that Steve knows that something isn’t right with John’s disappearance. Marlena Evans (Deidre Hall) told Belle Brady (Martha Madison) that John was out of town on a case. When Belle mentioned this to Steve, he knew it didn’t make sense.

Steve has confided in Kayla Johnson (Mary Beth Evans) about his suspicion. While he knows Marlena is not herself, he doesn’t realize it’s the devil. Instead, he wonders if it’s Hattie Adams (also played by Hall). It turns out that Steve is finally going to get a solid lead.

Days Of Our Lives (DOOL) Spoilers: Rafe Keeps The Peace And His Secret

Johnny ends up talking to Steve about Halloween night. Johnny mentions how strange Marlena was acting and that the DiMera crypt was locked. While Johnny goes over the events of his Halloween encounter with Marlena, Steve will wonder if he should check out the DiMera crypt. Steve doesn’t think he will find anything there but at the same time, doesn’t want to leave any stone unturned.

Days Of Our Lives Spoilers – Finding The Devil’s Hostages

Days of Our Lives spoilers reveal that Steve bursts through the door of the DiMera crypt. Imagine his surprise when he finds not only John shackled to a post, but Susan being held hostage as well. While John and Susan are found, it seems that Marlena will be in the crypt at the same time. However, there is a twist.

Just before Steve finds John and Susan, “MarDevil” ordered a murder. Marlena announces that John and Susan both must die. Then, the devil commands Susan to kill John and if she refuses, then EJ DiMera (Dan Feuerriegel) will end up dead. Susan is EJ’s mother, so she finds herself in turmoil over what to do. When Susan comes up with a plan, Steve just happens to burst in. However, Susan’s plan might already be in motion and it could make the situation even more complicated.

It is also teased that John will look for Marlena, suggesting she disappears. We also know that Marlena and Sami DiMera (Alison Sweeney) are reunited. However, that doesn’t mean that Sami is free. It’s possible that Sami and Marlena end up being held hostage together. If that’s the case, then what happens to the devil? Does Susan invite the devil inside of her to save “Jarlena?”