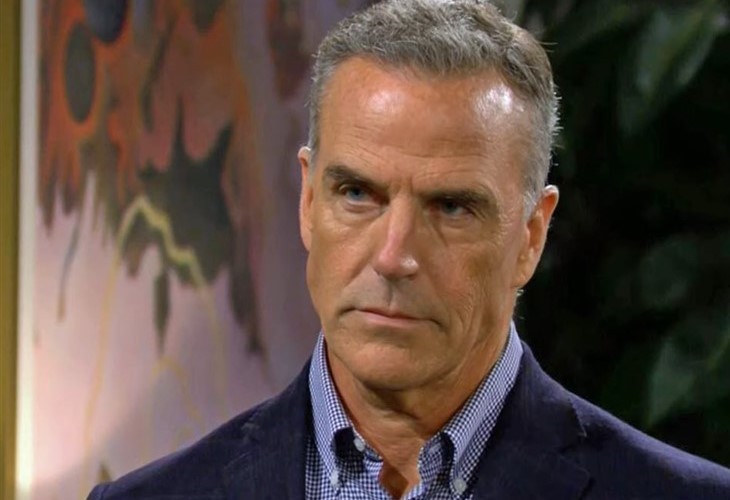 The Young and the Restless spoilers reveal that Billy Abbott (Jason Thompson) promised Victoria Newman-Locke (Amelia Heinle) that the story on Ashland Locke (Richard Burgi) wouldn’t be published. When Billy explains what happened, Victoria will probably believe him. It could lead her to double-cross Ashland and clear Billy’s name.

The Young And The Restless Spoilers – Billy Abbott’s Promise

Y&R spoilers reveal that Victoria has always tried to protect Billy, even after they divorced. However, that ended when Billy brought Jesse Gaines (Jamison Jones) to Victoria and Ashland’s wedding. Even though the wedding continued and wasn’t ruined by Gaines, Victoria had enough.

Victoria has her hands full between Ashland’s cancer and the Newman Enterprises/Locke Communications merger. Victoria knows that Ashland, Victor Newman (Eric Braeden) and Adam Newman (Mark Grossman) are going after Billy. However, she doesn’t want to know the details and prefers to stay out of it.

Billy promised Victoria that he wouldn’t publish the exposé on Ashland. So, when she finds out that it’s out there, she lashes out at Billy.

At some point, Victoria will confront Billy about the article on Ashland. Victoria will rage at her ex-husband for breaking his promise, especially since Ashland is dying. This is when Billy will try to explain that he didn’t publish the article and his email was hacked. Billy will tell Victoria that he was set up by Victor, Adam and Ashland. Even though Victoria will question Billy’s excuse, she will look into his eyes and know he is telling the truth.

The Young And The Restless Spoilers – Victoria Newman-Locke’s Realization

The Young and the Restless spoilers reveal that Ashland has been referred to as the “Locke-ness Monster.” The media mogul has a nasty reputation of being cutthroat and ruthless. Fans – and Victoria – have not seen this side to Ashland yet. However, the real Ashland Locke could emerge in the next few weeks. Victor and Adam are not even close to being done with Billy. As for Ashland, he is just getting started as well considering he’s filed a lawsuit against ChancComm for libel.

Ashland will likely make some moves in the next few weeks to kick Billy when he’s already down. Victoria will take note of this and might see Ashland for who he really is.

Who Plays Faith On The Young And The Restless?https://t.co/2v2hp2LV63

Victoria knows that Billy has done a lot of questionable and vengeful things. However, she also knows that Billy’s life is being destroyed, as well as Lily Winters’ (Christel Khalil). When Victoria finally sees Ashland’s true colors, she could double-cross him.

However, will she end up clearing Adam’s name or could she end up making things worse? Ashland isn’t a man to be messed with and what complicates matters is Victoria is tied to him in both business and marriage. Crossing Ashland could have devastating consequences if Victoria isn’t careful.

Be sure to catch up on everything happening with Y&R right now. Come back often for General Hospital spoilers, news and updates.