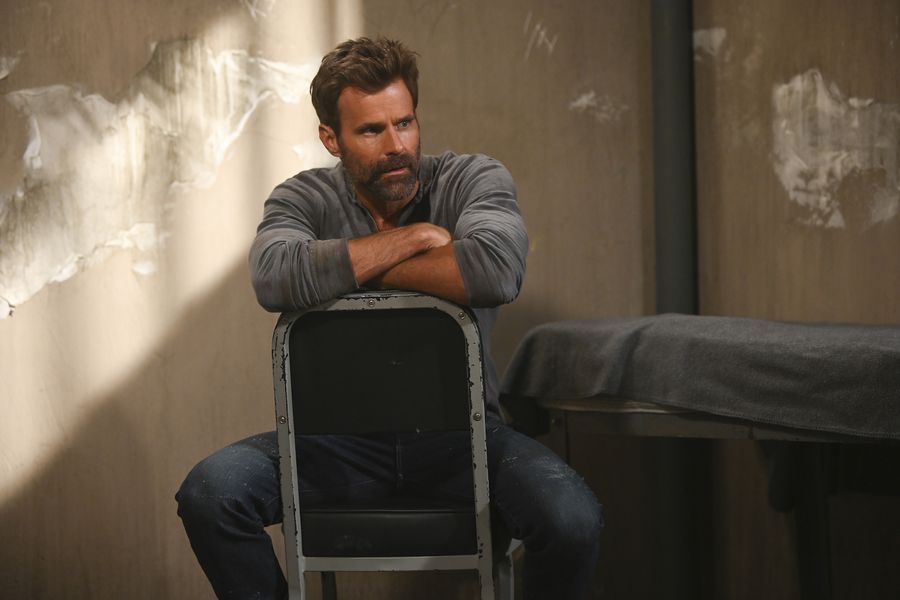 General Hospital (GH) spoilers tease that as the events on Cassadine Island unfold, that Drew Cain (Cameron Mathison) may not survive. But Drew has been focused for two years now on getting back to his daughter and the life he left behind. Drew will likely survive but Port Charles has changed quite a bit while he was gone. For starters, Franco Baldwin (Roger Howarth), who grew up with Drew for a time, was murdered by Peter August (Wes Ramsey).

When Drew first came to Port Charles, he believed that he was Jason Morgan (Steve Burton). He had all of Jason’s memories about the torture that Franco had inflicted on Samantha McCall (Kelly Monaco). But after a brain tumor was revealed as the cause of Franco’s murderous behavior, he and Drew formed an unlikely truce. And once Drew found out he wasn’t Jason after all, he found out that Franco has been raised with him for a time. Franco and were actually quite chummy by the time Drew disappeared. So although Drew was planning on a happy reunion with Franco, it’s not meant to be.

The Bold And The Beautiful (B&B) Spoilers: John McCook’s And Daughter Star In Candy Coated Christmas

GH Spoilers – Franco Baldwin’s Murder Is Yet Another Thing Peter August Is Responsible For!

Peter has been responsible for so much pain in Drew’s life. Peter was responsible for Drew’s initial disappearance as a means to work with Victor Cassadine (Charles Shaughnessy), But Drew went with Peter when Victor betrayed him and he commanded Drew to do terrible things which Drew will feel responsible for. Now to find out that Peter also murdered Franco is just one more reason for Drew to hate Peter. If Peter isn’t captured on Cassadine Island, look for Drew to make it his mission to end Peter once and for all.

General Hospital Spoilers – Drew Cain Will Be Surprised To See That Elizabeth Webber Is Ready To Move On!

Drew will also be quite shocked that Elizabeth Webber (Rebecca Herbst) has begun to move on after her husband Franco’s death. Elizabeth has been slowly growing closer to Dr. Hamilton Finn (Michael Easton) so look for Drew to be concerned that Franco will be forgotten. Look for Elizabeth to assure Drew that no matter what happens with Finn, that she will never forget Franco. Hopefully Drew will understand.

Will Drew survive the ordeal on Cassadine Island? How will he react to Franco’s murder? And will he be upset that Elizabeth is moving on? Anything can happen in Port Charles so stay tuned to General Hospital airing weekdays on ABC. And don’t forget to check back right here regularly for all your General Hospital news, information and spoilers!