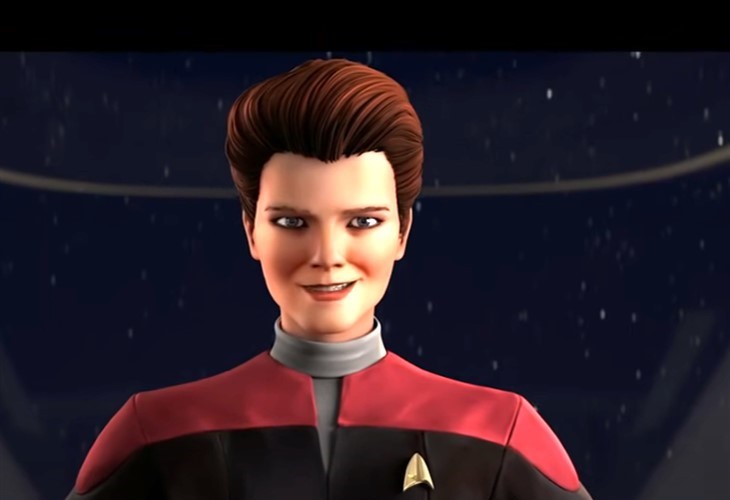 Star Trek fans never imagined that Kate Mulgrew would return as Captain Janeway. She has never shown any sort of interest in reviving her role.

However, with Star Trek: Prodigy, the new animated series, she appeared to have changed her mind. Why did she feel the need to do return, and not let another star mimic her voice?

Was Returning As Janeway A ‘Want Or A Need’ For Kate Mulgrew?

Trekkies never expected Kate Mulgrew to ever return as Kathryn Janeway. However, in a recent conversation with Cinema Blend, explained that she both wanted, and needed to portray the first Star Trek female captain.

“Well, I certainly needed to come back to this character if threatened with an imitation. I think that only I can voice this character, and only I should, because I’m the only one who knows who she is. I think that the young people would recognize that very quickly. That might be arrogance on my part, but I don’t think so. I think they have a very discerning imagination. So, it’s want and need together.”

Clearly, she felt that it was a need for authenticity that made her return to her iconic role. Moreover, she really cares about the younger viewers. She knew they would know if this was not her.

Star Trek: Voyager fans remember a very fiery Captain Janeway. However, Mulgrew warns that Janeway is not quite as fiery. Instead, she is an emergency hologram.

The premise is that she will be helping a shipload of children “navigate the massive Protostar through space.”

Could A Star Trek Captain Proton Project Coming Up?

Is this just the beginning of the return of Janeway? Could Voyager fans see more from the OG cast? If it is up to Robert Duncan McNeil, they will. Speaking to Trek.fm, the actor that portrayed Paris revealed a pitch that would bring back the entire Star Trek: Voyager crew.

“Yeah, I did pitch to them. I’ve had this idea for a number of years about doing a Captain Proton, on the Holodeck only. Get our cast back together, do like a serialized-like the old Flash Gordon’s- do like short little stories that add up to a bigger story. And I thought about trying to produce it as a podcast, or in COVID I thought it would be fun to do an old radio drama with Captain Proton. But get our actors back together and actually talk to Kurtzman’s company and those guys about producing either a podcast version of Captain Proton or a web series or Short Treks kind of version with just Captain Proton.”

Star Trek: Prodigy premieres on Paramount+ on Thursday, October 28. Nickelodeon will debut the series at a later time.