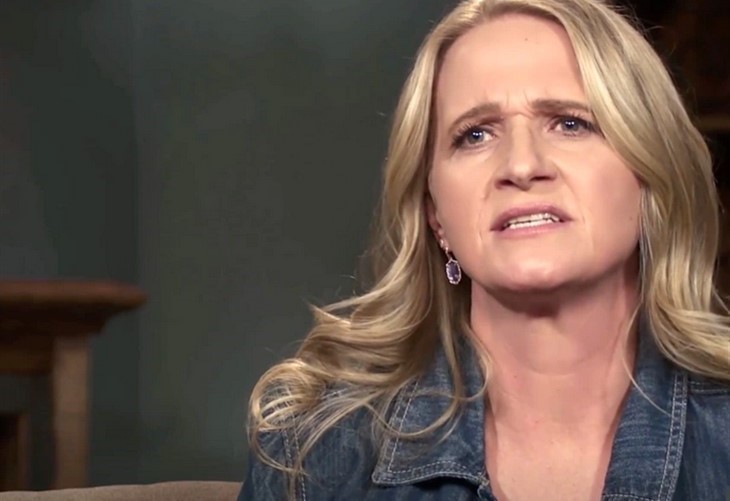 Sister Wives spoilers for Season 16 come fast and furious and they mostly involve Christine Brown. Of course, when Kody and Christine announced their split, that was a massive spoiler. However, that does not mean that it’s not worth tuning into TLC to watch. It looks like fans see the Drama as the marriage unwound and yes, Robyn is there. Id she genuinely sympathetic to how this all hurts Christine?

Right now, Kody’s third wife seems happily settled in Utah. Close to her family, she gets to see Aspyn and spends time with Myklei and Avalon in Utah, She rented a duplex, and sometimes, she posts photos of Truely there. While she slowly becomes used to being single, at least he has her daughters close by for comfort. However, the show takes fans back to an earlier time before Kody and Christine went their separate ways.

Sister Wives Christine Brown loves the simpler life of being single. For her, just dealing with her daughter and not requiring all the wives and Kody to buy into every decision seems like a relief. Although she and Kody were not legally married, they shared their lives for 26 years. Obviously, some heartbreak came from that. However, it might never have happened if Kody had not insisted on moving to Flgstaff.

Christine Brown and Janelle, along with Robyn and Kody and sat around on chairs set out in the open. Clearly, they went down to the Coyote Pass properties. Robyn wanted to get everyone to make a fast decision on their intended to place their plots. Well, she wants to “visualize” things so she can arrange her life. Meanwhile, even Janelle felt that these decisions should take time and it becomes apparent that ll of the wives feel unsettled. 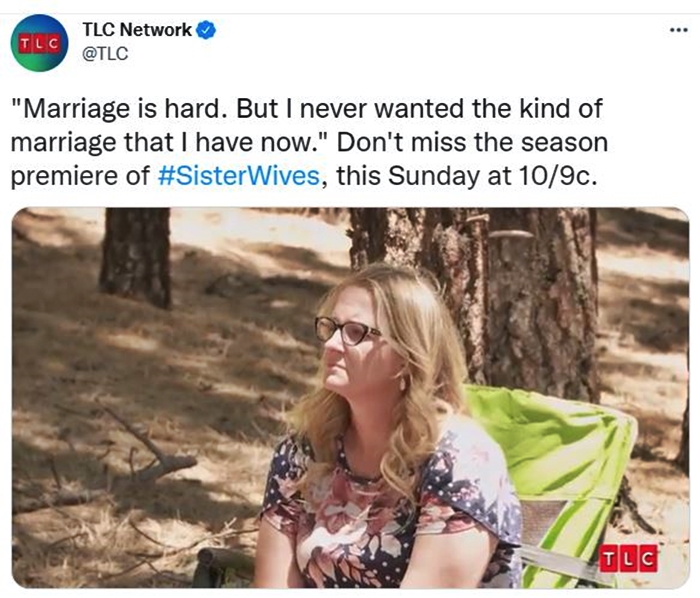 Sister Wives star Robyn says that she understands how “hard” it must be for Christine. Looking suitably tragic, she still tries pushing for an instant decision. But for Christine who feels very hurt that nobody will talk about Utah, it’s a  fraught time. She believes it’s at just about moving, but about trying to heal the fratcures from the Flagstaff move.

Sister Wives fans feel bad for Christine Brown and suspect Robyn’s not sorry about anything. Here is a sample of what some of them said in the comments in Twtter:

Kody made it clear that Robyn was the only marriage he wanted or he would figure out a way to pass time with them. He could have visited the others & KODY could quanrantine instead of staying with Robyn. He could have gone for Isabel’s surgery, if he cared & wanted to.

Property lines, boundaries between the sister wives, so much for 1 big family huh. This is mine that’s yours.

I really hope we get to see all the women’s full stories and not just Cody’s bruised ego & disrespectful mouth side.

Let Robyn have that douchebag…the other women deserve to be happy, living lives without Kody! Robyn deserves him!