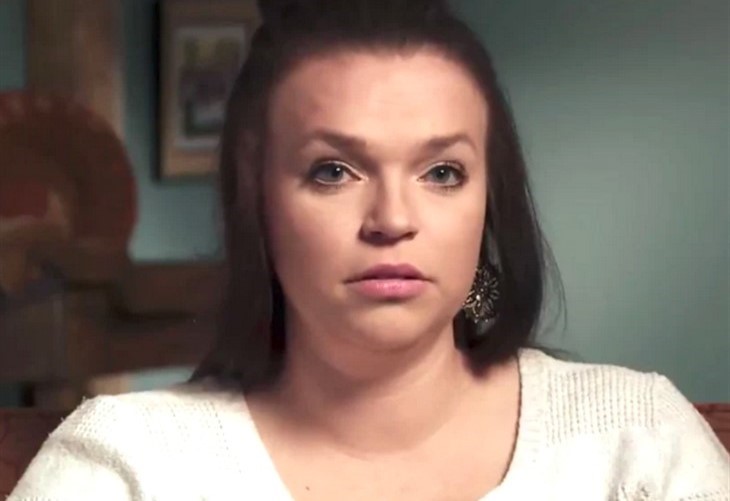 Sister Wives fans like Maddie Brown Brush a lot. She moved to North Carolina and liked it so much they decided to make it permanent. In fact, they purchased a home there. It took some work by Caleb to make it safe for the kids. Actually, he is very good with his hands and works in maintenance and repairs. However, it seems that Maddie doesn’t see him working every day as he really stressed her out doing something at home this weekend.

As the new season of the TLC show is finally here, lots of fans focus on Christine rather than the rest of the family. Well, Christine’s daughter, Ysabel lives with Maddie at the moment, so fans still follow her for news about Christine’s extended family. Of course, they also adore Maddie’s kids, Axel and Evie.

Sister Wives fans liked that Caleb and Maddie purchased a large property. At the time, Maddie told her fans that they hope to create a games area in the yard. They plan for nice big family gatherings there. It looks like a lot of work for Caleb, but he seems happy enough to make the place nice. Now that Christmas approaches, he goes all out working on getting everything ready. But, his activities gave his wife a very nervous moment.

With Evie being a bit older this year, it seems that the family will really enjoy a nice Christmas. Half the fun of the festive season comes from the kids who open all their presents. Naturally, Axel and Evie will appreciate all the lights, the Christmas tree, and other delights of the season, So, Caleb decided to put up some lights on the house. That caused Maddie’s stress levels to shoot right up. 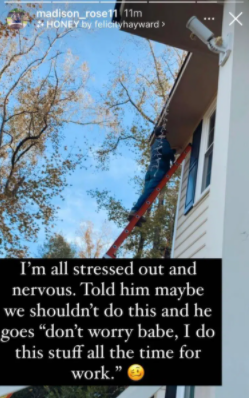 Taking to her Instagram, the Sister Wives star expressed her emotions. The photo that Maddie shared showed the ladder extended right up to the roof of their home. It looked dangerous and Maddie wrote, “I’m all stressed out and nervous. Told him maybe he shouldn’t do this.” However, Caleb seemed totally relaxed. He simply told her, “don’t worry babe, I do this stuff all the time for work.”

Sister Wives – What Are Your thoughts?

No doubt, many Sister Wives fans agree that the ladder looks dangerous. Hopefully, Maddie doesn’t worry about him every single day, going forward. However, for Caleb it sounds like nothing unusual. Do you think that his job sounds way dangerous? Would you also feel stressed and nervous? Sound off your thoughts in the comments below.

Come back here often for more that happens with the TLC cast. Remember to check back with us often for more Sister Wives spoilers, news, and updates.