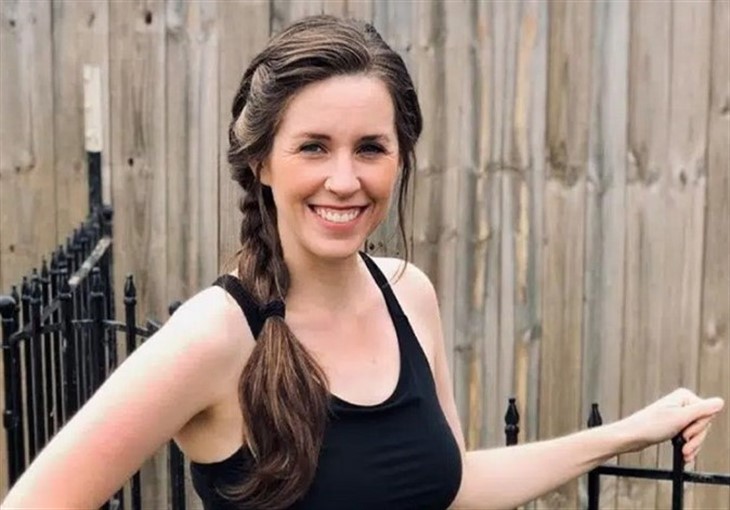 Counting On fans recall watching the episode on TLC when Jom Bob Duggar escorted his daughter Jill to Nepal. There, she and Derick started officially dating. At the time, Jim Bob seemed thrilled with Derick as a potential son-in-law. Of course, that changed over the years. These days, the thin, quiet young man grew into a mature dad, husband, and lawyer. He’s not shy to go his own road in life and that led to some conflict between Jill and her parents.

At one stage, fans slammed Derick and Jill. However as time goes by, they become very popular. When they left the TLC show, word came that they were fired, However, Derick put them right and explained they left. He wanted to protect Jill as she had been a victim of her brother Josh. Jim Bob wanted her to film anyway. Plus, he wanted to dictate how they lived their life. So, a lot of bad feelings went their way. However, fans love that they get along by doing their own thing.

Counting On fans see that Jill’s cousin Amy King seems close with her and they like that. The couple also makes their own friends, and last year they experienced a Friendsgiving celebration. Jill is always open and candid about how she and Defick make their marriage work. TLC  fans see a couple that grows closer and closer. It seems to work for them and fans like that they found so much happiness together.

On the eighth anniversary of first dating Derick, she posted a very sweet message to him on Instagram.  She shared a few photos and said, “Today marks 8 years since Derick officially asked me to start dating him! 😍” Then she reminded fans, “My dad and I traveled to Nepal …to meet him and we spent 2 weeks together over Thanksgiving!🤗” Then she wrote about her love for her husband. Plus, she said that she likes that he’s a Christian and helps her with that as well. 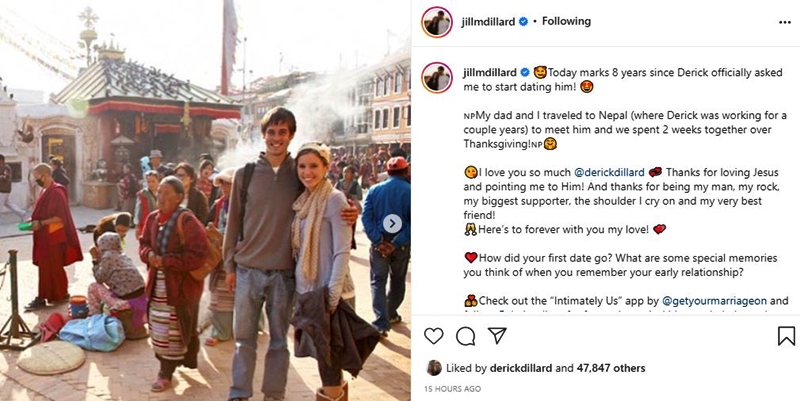 Jill ended by saying, “thanks for being my man, my rock, my biggest supporter, the shoulder I cry on, and my very best friend. 🥂Here’s to forever with you my love! 💕” Lots of Counting On fans recalled the episode. One of them said, “We loved watching that unfold on the show … my husband and I have a similar story (he was in China) 😉.”

Counting On Spoilers – Fana Tell Their Stories To Jill

Counting On fans like it when Jill posts because they can often interact with her. Some fans related their own first-date experience. One of them noted, “My husband took me to a baseball game. We’ve been together 25 years and married for 21.” Another fan confessed, “I crossed the Canada/US border to meet a total stranger I met online for coffee and didn’t tell a soul. 😮 We’ve been married for 18 years though so it all worked out. 😂.”