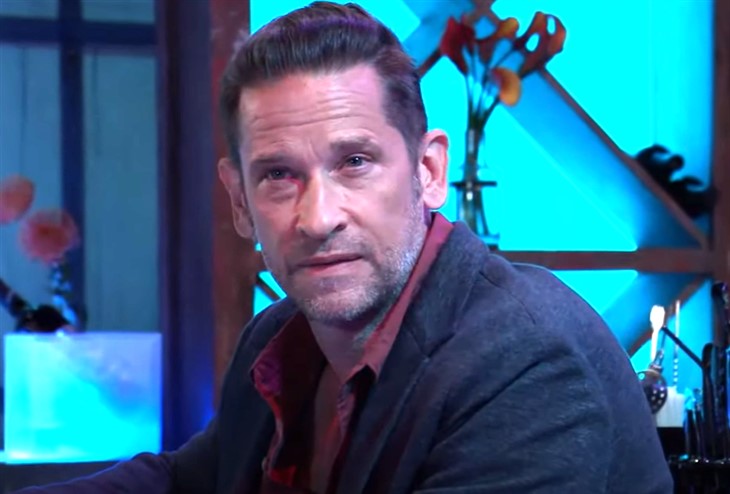 General Hospital (GH) spoilers tease that a hot new triangle could be about to bust out in the halls of Port Charles, New York’s General Hospital. What will happen if a couple of hunky doctors and an equally sizzling lab manager hunker down to work in close quarters?

Brad Cooper (Parry Shen) is coming back to town after being in prison. The character debuted in 2013 and since day one has involved himself in skeevy schemes. Before his imprisonment he was involved with doctor Lucas Jones, a role taken over by Matt Trudeau from Ryan Carnes. Brad is also friends with co-chief of staff Dr. Britt Westbourne (Kelly Thibaud).

Back in the day Brad divulged to Lucas that his father is Kim Wu, a former Port Charles mobster. He said his mother died giving birth to him. Since then fans have been speculating about a storyline between Brad and the mob, and that time has come!

His aunt, Mrs. Wu reps one of the PC Five Families, as in Mobsters, Inc. She asked Sonny Corinthos (Maurice Benard) to help get her nephew, Brad out of prison, and while Sonny declined, he said he wouldn’t harm Brad if he got out on parole. Brad should be thanking his lucky stars!

Britt has tried at various times to help Brad but his latest goof meant he incurred Sonny’s wrath. He’s been in Pentonville since 2020 but during a hospital visit he got jealous when he saw Lucas and someone else flirting so we know he still has feelings for his ex.

While Brad was in prison a new hunky doc came on board, Austin Gatlin-Holt (Roger Howarth). He’s been chem tested with a few PC-ites, and who’s to say he wouldn’t be interested in either Brad or Lucas? There is much we do not know about mysterious Austin.

Brad is coming back to town, and he has a bit of an obsessive streak that we think will lead him straight to Lucas. What are the chances that Brad, Lucas and Austin form a throuple? Tell us what you think about this dynamic and sensational supposition GH fans!