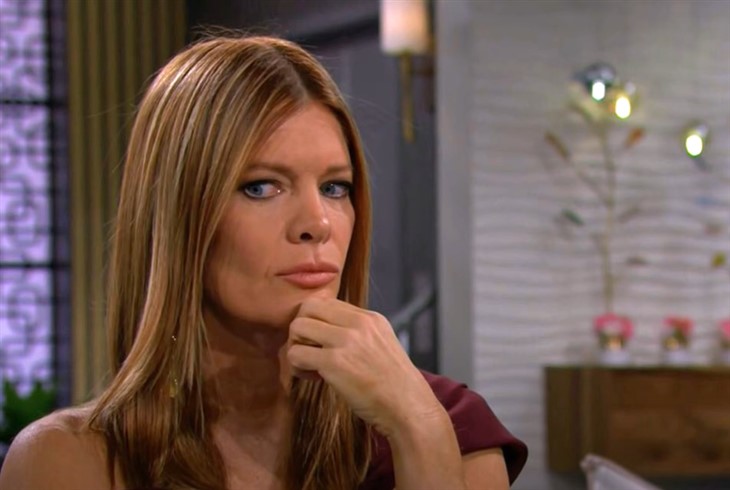 The Young and the Restless (Y&R) spoilers document that Phyllis Summers (Michelle Stafford) is caught by surprise. She is finally recognizing something that others have detected. Jack Abbott (Peter Bergman) is supremely important in her life and has been since they first fell in love.

The end of Phick was painful. Phyllis sensed that they were ending long before Nick Newman (Joshua Morrow) acknowledged reality.

So, with Nick agreeing to opt-out, Jack has an opportunity to be part of Phyllis’ life again. Jack’s current hesitation is understandable because of her history with him and Nick.

The Young And The Restless Spoilers – Slow Drip End To Phick

Phyllis began doubting Nick’s commitment to her in recent months. Something shifted inside her consciousness and what can be called instinct proved to be right.

Nick has serious family issues that date back to childhood when Jack served as his stepfather after marrying Nikki Newman (Melody Thomas Scott). She became Nikki Abbott in that early- to mid-1990’s period.

Morrow’s character allows himself to be drawn into whatever conflicts emerge. His lack of self-control and emotional development triggered a series of blowouts with Phyllis, where both people made hurtful and affirming comments.

Y&R Spoilers – Phack Is A Comeback Vehicle Or A Rebound Crash?

Jack divorced Nikki in 1994. He later remarried her in 2012. But that union only existed during that year.

In between Jack’s two marries to Nikki, he also married Phyllis twice. There were other marriages as well, with those matters of the heart strongly impacting Jack.

So, Phyllis is not the only one who is cautiously considering whether Phack is a comeback vehicle. Like Phyllis, Jack is wondering if any re-coupling with Phyllis might become a rebound crash?

Sure, as was true with Nick, Phyllis would be all about Jack if another Phack sequel happens. The same would be true for him, as Jack would be fully invested in Red.

Placing each of their other marriages and romantic adventures aside, Phyllis and Jack are attempting to decide if their love story can be advanced. It is fair to wonder if both people possess the ability to simply review old ground without treading on it again?

Phack arguably represented a true love match. But it did not last in either instance. So, just friends forever or a chance to be soul mates once more?