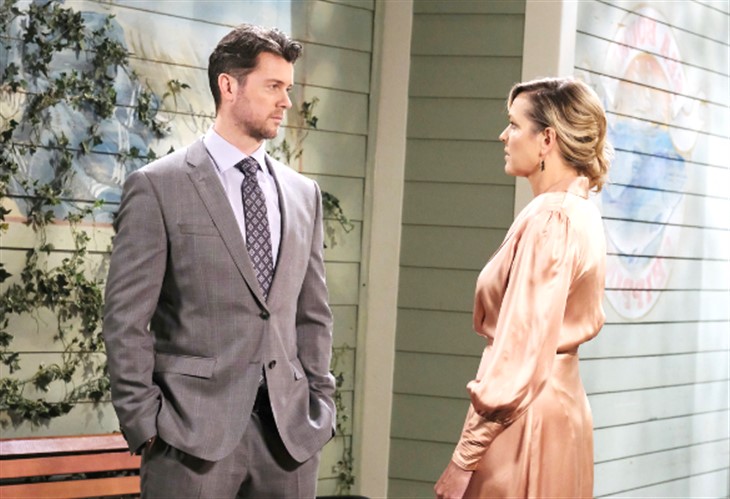 Days of our Lives (DOOL) spoilers and updates tease EJ DiMera (Daniel Feuerriegel) is serious about wanting to have love in his life. EJ has been married to Sami Brady DiMera (Alison Sweeney). EJ found out that Sami cheated on him with her past love Lucas Horton (Bryan Dattilo).

EJ wants to get a divorce from Sami. EJ has started to want to get into a relationship with Nicole Walker (Arianne Zucker). Nicole has been trying to sort out her feelings for Rafe Hernandez (Galen Gering) and Eric Brady (Greg Vaughan). Nicole has started to want to find out if she wants to be in a relationship with EJ. Nicole and EJ will need to figure out who they want to be with.

EJ was enraged when he found out that Sami had been unfaithful to him with Lucas. EJ had relied upon Sami to take care of him while he recovered from being injured. EJ was able to recover and wanted to have a life with Sami in Salem. Sami had regretted being with Lucas and wanted to fight for her marriage.

Nicole had been trying to find a way to put her past with Eric behind her. Eric wants to get a divorce from Nicole because she had a one-night stand with Xander Kiriakis (Paul Telfer). Eric had come back to Salem to reunite with Nicole but decided to leave her to go back to Africa to do charity work. Nicole was devastated to lose Eric and turned to Rafe.

Nicole has wanted to remain friends with Rafe because he is in a relationship with Ava Vitali (Tamara Braun). Nicole and Rafe gave into temptation on Halloween after Nicole had a frightening encounter with Deimos Kiriakis (Vincent Irizarry). Nicole regrets her one-night stand with Rafe. Nicole told EJ that she ended being intimate with Rafe. Nicole was surprised that EJ was sympathetic of her situation. Nicole has found that she has started to want to turn to EJ when she has problems.

Days of our Lives Nicole has to figure out who she should be with. Nicole has not wanted to break up Rafe and Ava’s relationship. Will Nicole find a way to put her feelings for Rafe behind her? Nicole believes that she will not see Eric again. Eric may come back to Salem to help his mother Dr. Marlena Evans (Deidre Hall) who has been possessed by the devil. Nicole and Eric may be able to come back together.

Will Nicole be able to win back Eric? EJ will be shocked to find out that Sami was kidnapped. Will EJ decide to give Sami a second chance? EJ may decide that he is completely ready to be with Nicole. Will EJ and Nicole decide to take their relationship to the next level? Sami may decide that she does not want to be with EJ if she finds out that he and Nicole have been seeing each other. EJ and Nicole will have to decide if they want to be with each other of find their way back to a past love. Be sure to catch up on everything happening with DOOL right now. Come back here often for Days of Our Lives spoilers, news, and updates.