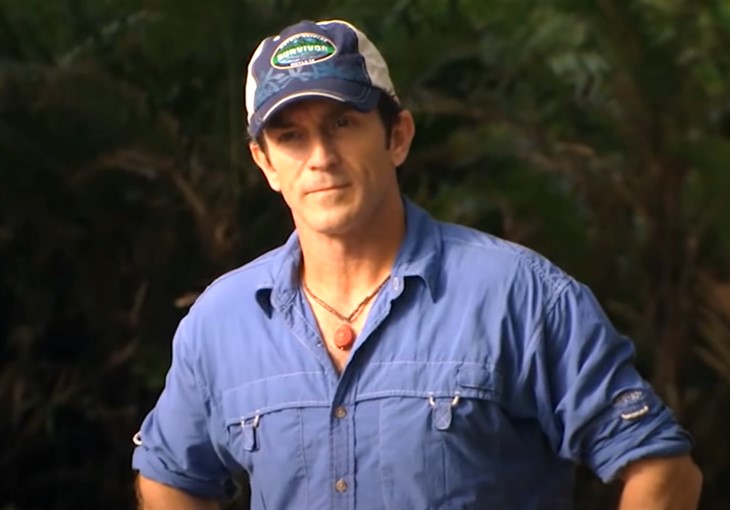 After more than 40 seasons, Survivor cancellation rumors have soared. As a result, fans also wonder if Jeff Probst wants to host at least one more season.  Could the reality TV show really survive without the enthusiastic emcee solemnly uttering such famous phrases as “drop your buffs” and “you need to bring me your torch”?

Find out everything you need to know about Survivor’s future. Plus: Will season 41 become Jeff Probst’s last opportunity to declare, “The tribe has spoken”?

CBS sought to end those swirling Survivor cancellation rumors earlier this month. Based on the network’s announcement, Survivor season 42 will begin early next year, reports Parade. Mark your calendar for Wednesday, March 9, 2022.

As for any changes to the format? Spoilers hint that CBS will air the premiere over a two-hour span. That may indicate that not just one but two contestants will get voted off before even getting a chance to build a solid fan base.

Survivor has become known for filming in unusual locations. But season 42 reportedly took place on a location that producers first visited in 2016. That spot, used for season 33, involves the Mamanuca Islands in Fiji.

Although CBS unveiled the Survivor season 42 premiere date, host Jeff Probst has focused on the current episodes. But he did give a hint about his loyalty to and pride in Survivor recently. Turning to Twitter, Probst shared several photos of himself with co-executive producer John Kirhoffer.

Me & John Kirhoffer (#Survivor Co-EP)
One of only four original crew members still on show
Has overseen every single challenge over 41 seasons
Side by side for 21 years. #tbt pic.twitter.com/LrpKqpIPY5

“Me & John Kirhoffer (#Survivor Co-EP). One of only four original crew members still on show Has overseen every single challenge over 41 seasons Side by side for 21 years,” tweeted Probst.

So will Jeff return for season 42? One possible clue lies in his statement about working with the co-executive producer for more than 41 seasons. Since season 42 reportedly has already begun filming, Probst may have given away his role in hosting upcoming episodes.

One possible reason for those cancellation rumors lies in Survivor’s recent attempts to appear politically conscious. And those efforts have resulted in a backlash for Probst. For instance, his Twitter boast in surviving as one of the four original crew members still working on the show earned him more slams than superlatives.

One particular change in the show has resulted in a backlash: Eliminating the traditional Probst command to “Come on in guys.” With the word “guys” removed, CBS hoped to show its politically correct approach to revamping the show. But many fans disagree.

“21 years watching. Now i just watched 1st ep of of season 41. No more saying … Come on in guys. Are you joking,” questioned one Twitter user responding to Probst. “Political agenda gone mad. Year after you have pushing the agenda now you gone too far. Sad day… RIP Survivor.”

And others agreed. “Stop ruining the show,” responded another Twitter user. And a third got even more blunt. “Political correctness Survivor,” summed up the commentator.

Are you looking forward to season 42 of Survivor? And do you think that Jeff Probst is responsible for “ruining the show,” as that Twitter critic claimed? Share your views with us. And then check back on our site for all the Survivor news!