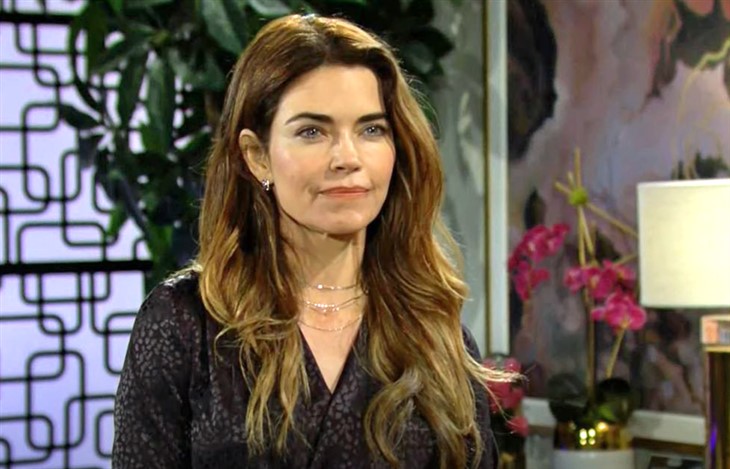 The Young and the Restless spoilers document that Victoria Newman Locke (Amelia Heinle) is a competitive individual, like her father. She detested what Billy Abbott (Jason Thompson) did but does know, on some level, that he was trying to protect her from what he felt was a threat.

Victor Newman (Eric Braeden) recently orchestrated what has proved to be an effective trap strategy. Billy needs help in escaping because his ego is caught.

The predicament that Chance Comm finds itself in is precarious. So, Billy told Victor that he would resign and allow Lily Winters (Christel Khalil) to run the Newman Media rival if Victor and his two partners backed off. That is where Victoria’s teased offer comes into play.

Victoria does not want to see her father one-up her. Founding Newman Media was not a direct slap. However, it did represent Victor’s assertion that he was and will remain an active business force.

The teased proposal, where Billy and Lily are folded into Newman Enterprises, would allow Chance Comm’s assets to be used against Victor. Some soapy logic would be in play, as Victor still holds final sway at the company he founded, led for decades, and only recently allowed Victoria to head.

Billy would not be wiped out by Victoria’s idea. Victor would once again be informed that his firstborn is in charge. A win-win for Victoria if Jill Abbott Atkinson (Jess Walton) would agree to an in effect sale.

Victor almost always gets what he wants. If the Moustache’s thirst for victory is not quenched to his exact desires, then some form of consequence is applied to his real or perceived enemies.

Accepting Billy’s offer to resign would not necessarily preclude Newman Media from taking over Chance Comm at a later date. Billy has to know that and is potentially buying time for the company to regain its footing while he is away.

Victor knows that Billy could remain involved, even if his name is removed from the digital masthead. So allowing Victoria to take Chance Comm is not the outcome Victor intends.

The Young And The Restless Spoilers – Billy Abbott Is Not Through

Billy knows that he gambled and lost. But maybe he sees this as simply folding one hand or even a one-round loss?

Lily is Billy’s current love. Jill’s importance is replete. But will both ladies’ influence be overtaken by his long-time soulmate on Y&R?