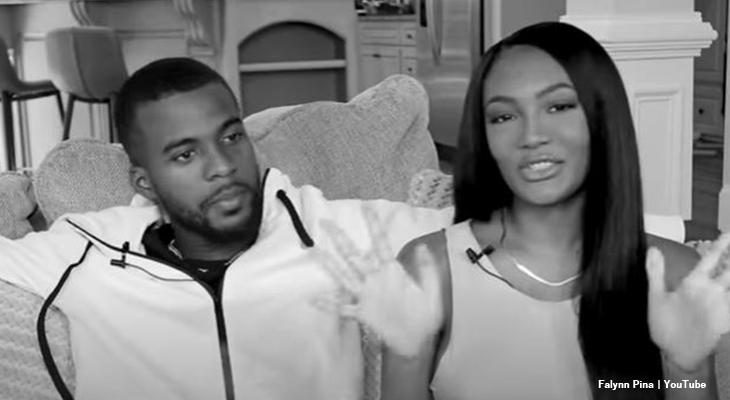 Real Housewives Of Atlanta star Falynn Pina and Jaylan Banks became engaged after her split from Simon, The couple were together for two years, but ended it in divorce. Well, she seems happy to be with Jaylan and he’s a first-time dad, which makes it even better. Now, she welcomed her new baby by Jaylan and her name is Emma Sang Pina.

Jaylan Banks and Falynn Pina expected their first baby and the news arrived via their YouTube channel in August, They sailed through all the current drama around the Bravo franchise as they awaited their new daughter. Fans griped about Andy Cohen and a petition was drawn up to get him fired for alleged racism. Meanwhile, much drama came from Erika Jayne. Beverly Hills star, Dorit Kemsley got robbed, and so the tock ticks.

Real Housewives Of Atlanta Falynn Pina enjoyed her pregnancy as stars of the franchise came and went among recriminations and slanderous allegations. In other words, all was normal on the show. Now she emerged on Instagram with the joyous announcement that her baby arrived safely. Her little one was born on November 26, and she wasted no time in sharing the news with her fans. 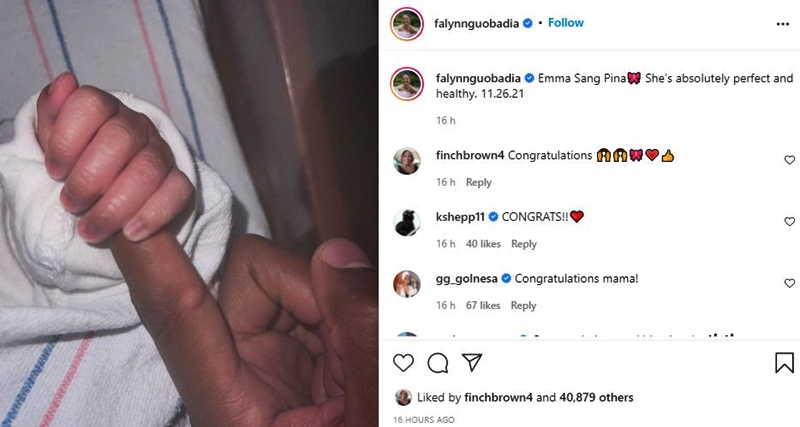 E! News reported on the Real Housewives Of Atlanta news. The outlet cited  Jaylan as saying, “Falynn did such an amazing job.” He added, “She’s literally Superwoman. Emma is beautiful and perfectly healthy.” For Jaylan, it is his first child, but Falynn already has three kids. In her video on YouTube in August, she praised Jaylan saying that he’s great with her sons.

Real Housewives Of Atlanta fans chatted about the new addition to the family of Falynn Pina. One of them wrote, “Omg congratulations to you and your family yayyyy so happy for you all 👏👏👏👏❤️❤️❤️❤️❤️.” Then another one of them said, “So happy for you guys. Such a blessing ❤️” Meanwhile, other fans said how much they love the names that they chose for their baby girl. It certainly seems that a  lot of fans rejoice on behalf of their favorite Bravo star over this Thanksgiving weekend.

Be sure to catch up on everything happening with the Bravo franchise right now. Come back here often for more Real Housewives Of Atlanta spoilers, news, and updates.