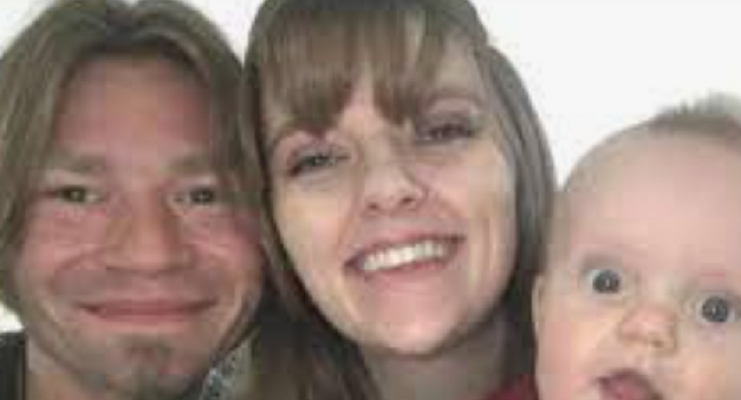 Alaskan Bush People fans heard two years ago that the mom of Bear Brown recovered from her cancer. That was good news. However, since then, things got worse for the family. Raiven and Bear split and Billy died. Nevertheless, since then, they made up again after they decided that their son River was so special to both of them. Now, fans think Bear hinted that they became engaged…again.

The show in the current season revealed that whole family seems to have re-examined their feelings. Perhaps the death of Billy in the arms of his wife made them realize how precious love is. Now, fans see that Billy lives on in a way. Actually, the family fight to complete his dream for them in Washington. Plus, there is a constant reminder of Billy as little River looks like his mini-me. Fans are happy to see that bear and Raiven reunited and River now has real parents.

Sometimes, the Alaskan Bush People stars keep things quite secretive. Mind you, Bear Brown doesn’t seem so good at keeping secrets, like Gabe. Fans learned that Gabe Brown married his girlfriend Raquell “Rose” Pantilla in Okanogan County, Washington on Jan. 14, 2019. Well, after some time, they got the paperwork right and married. But, they didn’t tell fans for ages. Will fans soon see another wedding?

Bear Brown took to his Instagram on Thanksgiving weekend and shared a screen shot of a comic . It featured Joker and Harley Quinn. In it, Joker proposed to Harley Quinn while he held a grenade. When it exploded, all fan could see was a silhouette of them kissing inside a cloud of smoke that formed the shape of a heart. 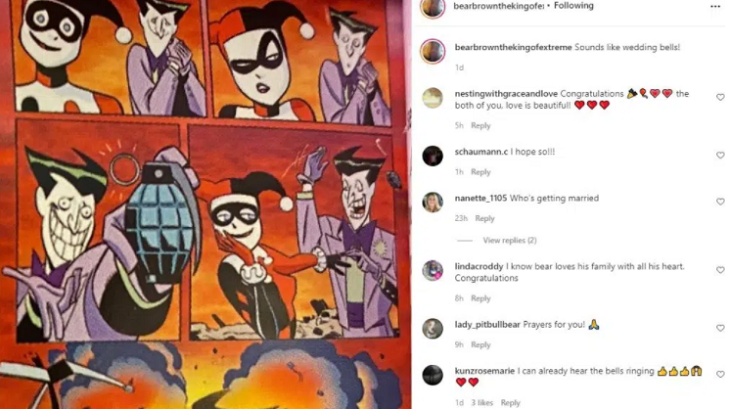 The Alaskan Bush People star merely captioned his post with, “Sounds like wedding bells.” Instantly, fans assume that he meant that he and Raiven plan on getting married. Suspecting an engagement, many of them commented about it. And, who can blame them? After all, they really hope for an outcome of happiness for young parents.

Alaskan Bush People fans congratulated Bear Brown and Raiven. One of them said, “If it is you well then Congratulations to you both! You have been up and down and I am thrilled to hear you have both found your happily ever after!” Then another fan wrote, “Congratulations to the both of you.”

What are your thoughts? Do think that Bear hinted that he and Raiven plan on getting married soon? Sound off in the comments below.

Check with us for everything happening on the Discovery show. Remember to come back often more more Alaskan Bush People news, spoilers, and updates.