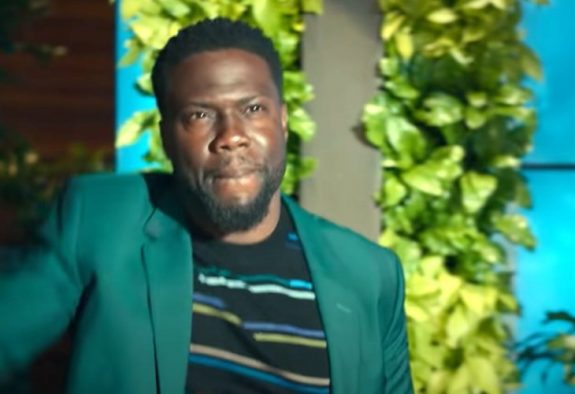 New Kevin Hart series True Story rises quickly in Netflix rankings above a couple of other popular films and television shows, with Dwayne Johnson’s Red Notice landing in the number 5 spot and Halle Barry’s Bruised coming in at number 2 on the list.

Kevin Hart finally brings some of these subtexts to light in the new Netflix miniseries True Story which sees famous comedian, The Kid, return to his hometown of Philidelphia. Upon his return, we see that there are some dark issues that the comedian must deal with in his hometown with cops and violence at the fore.

Bruised, the new film, directed by and starring Halle Barry, follows a failed MMA fighter who walked out on her six-year-old son years earlier and must now deal with her own personal demons when the boy shows up on her doorstep.

Beneath Bruised on the list is the Netflix Reality TV series, Selling Sunset, created by Adam DiVello that revolves around a high-end real estate brokerage firm out of Los Angeles, California. The show follows the personal and professional lives of a group of real estate agents working for the firm.

Cowboy Bebop comes in at number four on the list and follows a group of galactic bounty hunters as they hunt down the galaxy’s most dangerous criminals. Developed by y André Nemec, written by Christopher Yost, the series has received praise for its cast of characters portrayed by such actors as John Cho, Mustafa Shakir, Daniella Pineda, to name a few.

And of course, Kevin Hart’s good friend Dwayne Johnson sits at number 5 on the list and follows an Interpol agent (Dwayne Johnson) as he hunts down the world’s most wanted art thief portrayed by Ryan Reynolds. This movie is a must-see for both the laughs and action inherent in Dwayne Johnson movies.

Be sure to catch Kevin Hart’s True Story on Netflix and all the others we listed for you here. Come back frequently for more movie and television news!