The Bold And The Beautiful Spoilers: Bill’s Perfect Match, JMW Says Steffy Can Tame Him 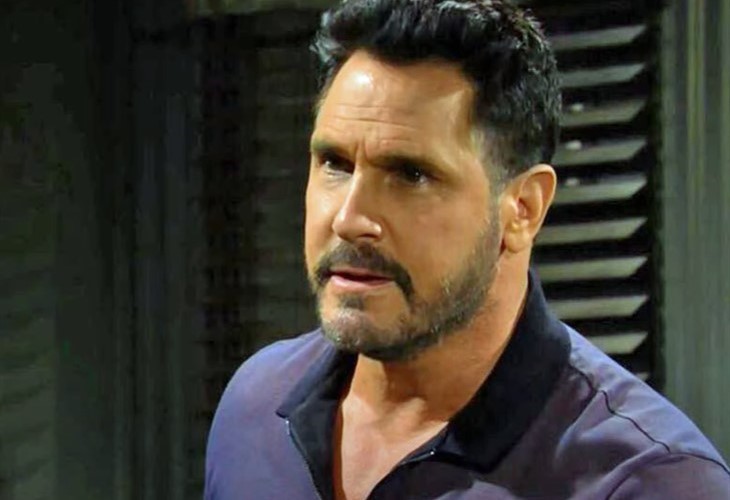 The Bold and the Beautiful spoilers reveal that Bill Spencer (Don Diamont) and Steffy Forrester Finnegan (Jacqueline MacInnes Wood) had an affair. This led to questions about Kelly Spencer’s (Colette and Avalon Gray) paternity. With Bill losing Katie Logan (Heather Tom) and Steffy’s marriage at risk again, could their passion be rekindled?

The Bold And The Beautiful Spoilers – Losing Katie Logan

B&B spoilers reveal that Bill has spent months trying to win Katie’s heart back. Despite the love between “Batie,” Katie knows that she isn’t Bill’s true love. As Katie mentioned to Carter Walton (Lawrence Saint-Victor), she heard Bill call Brooke Logan Forrester (Katherine Kelly Lang) the love of his life. Katie is tired of waiting around for the next betrayal, as well as protecting her son from Bill’s bad decisions.

Katie seems determined to move on. Katie could end up with Carter or she could find love with someone else. What does that mean for Bill, especially since Brooke seems to be headed toward Deacon Sharpe (Sean Kanan)?

While Bill is heartbroken, it seems that another couple might part ways. John “Finn” Finnegan (Tanner Novlan) is reeling from Jack Finnegan’s (Ted King) paternity bombshell. It is confirmed that it makes him reconsider his decision about Sheila Carter (Kimberlin Brown). If Finn does reconnect with his birth mother, that might be the end of Steffy’s marriage.

Fans don’t want to see Steffy end up in bed with Liam Spencer (Scott Clifton) for the millionth time. So, where does that leave Steffy’s love life?

The Bold and the Beautiful spoilers reveal that Wood spoke to Soaps.com about “Still.” The actress teased that Bill and Steffy could happen again.

“This goes back years to when the characters first hooked up. To this day, we still hear from fans who believe that these two belong together.”

It sounds like if “Still” shippers get what they want, it won’t just be another affair. Maybe Bill and Steffy will end up being a couple long-term.

Wood also teased that while Katie has failed to tame Bill, there is one person that is capable of keeping him in line. The actress said that Steffy is able to do that.

“Steffy is the one person who can tame him. She’s able to push him in a way that not a lot of people can or do. They’re afraid of him, and he always has a wall up. And she can often be the same way, so when they’re together you see another side to each of the characters. When you look at them in that context, do they seem like a perfect match.”