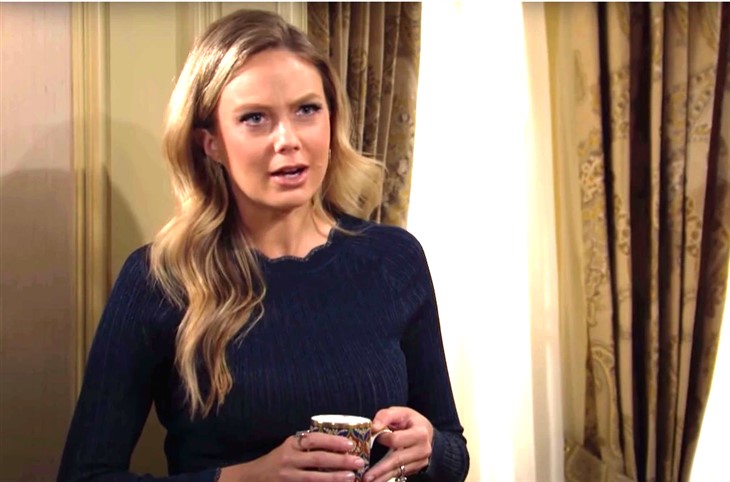 The Young and the Restless spoilers reveal Abby Newman was absolutely right that her husband is alive and well. It may finally be her chance to have the white picket fence life she’s dreamed of.

The Young And The Restless Spoilers – Abby Newman Never Gives Up

Abby (Melissa Ordway) wanted a baby. Abby was told she could not carry a baby but that there was nothing wrong with her eggs. So, Abby made a baby happen with the help of some friends even if her husband disappeared on a secret mission and barely knew anything of the pregnancy. And then the baby was born and Chance was presumed dead.

Everyone in Genoa City insisted there was no way Chance could have survived that explosion and that she should just keep taking Nate Hastings’ (Sean Dominic) anti-anxiety meds and resolve herself to life as a single mother. But Abby found a clue in a box of Chance’s things and this week that leads her to Majorca and into a house with some of Chance’s old American friends who knew she would be on her way. While her parents are on her trail, Abby sees her dreams come true.

Y&R Newman – Abby Newman Is Given A Warning

Of course, Abby insists on seeing Chance the second a woman named Kim opens a door. She knows he has to be there and barges right in. So, Kim has to sit Abby down and explain things to her. Chance really was in an explosion and has been through a terrible time so she wants Abby to be prepared that Chance might not be the man he once was.

That’s when Chance appears and he certainly is not the man he once was because he is played by a different actor. No more Donny Boaz, now we have Conner Floyd, and Abby doesn’t care. There’s her husband alive and well after she hasn’t seen him nor barely heard from him for nearly a year.

“Abby never gave up hope that her husband is still alive,” Melissa Ordway said in the December 7 issue of Soap Opera Digest. “It’s a moment where all the crying, the anxiety, the denial, the pain, and buildup goes away.” Stay tuned to The Young and the Restless weekdays to see the long-awaited Abby and Chance reunion.