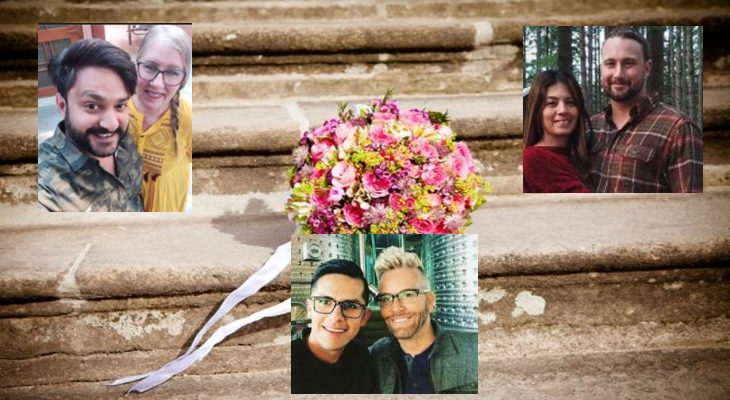 90 Day Fiance: The Other Way Season 3 revealed that three couples married. Kenny and Armando tied the knot, as expected. So, did Corey and Evelin which was unexpected. Then, after a seven-year wait, Jenny and Sumit finally took the plunge. All of them shared photos of their special day with their TLC fans.

90 Day Fiance: The Other Way – Jenny And Sumit Wedding

Jenny and Sumit, who fans suspected might never marry, finally tied the knot. It took Sumit seven years to get the courage to walk down the aisle. Actually, ahead of the wedding, fans simply didn’t believe it. In the finale of the show, fans saw that they held a traditional weddinging ceremony. Fans thought that Jenny looked wonderful dressed up for an authentic celebration.

90 Day Fiance: The Other Way fans commented on the post by Jenny which said, “Love wins.” Well, fans can agree that if nothing else, patience and persistence win the day. Mind you, a lot of fans are very happy for them. Few trolls landed in the wedding day photos, which is nice. Evelin Villegas who also married told the couple that they are her “favorites.” TLC fans hope to see more of Jenny and Sumit in Happily Every After? one day.

90 Day Fiance: The Other Way – Corey And Evelyn

Corey and Evelyn previously married in secret. That news emerged during the new season and most people were not surprised about it. After all, Laura Jallali previously leaked the news after she left the show. Still, the knowledge that the couple confessed to it satisfied angry fans for weeks on end. However, weddings are special, so loyal fans turned out to send in their congrats. If there were any surprises, it was that Evelyn finally committed to her fiance.

90 Day Fiance: The Other Way fans commented on the wedding of Corey Rathgeber and Evelin. In the comments section of the post, most fans left their previous grumpiness behind and lots of congrats went their way. One fan said, “Absolutely beautiful photos! May God bless you both and have a happy prosperous life ❤️.” Corey also commented on the photos, saying, “I love you more than anything ❤️ I’m so happy 😊.”

Kenny And Armando Get Hitched

90 Day Fiance: The Other Way fans seemed thrilled to hear that Armado’s dad made it to the wedding. In fact, he even managed a tear or two. recall, he took a long time getting used to having a gay son. Plus, he told Armando that there’s no way he’d feel comfortable attending his wedding. During the ceremony, Armando also cried as he made his vows to love and cherish Kenny for the rest of his life.

Armando captioned his photos with, “Forever starts today ❤️ Best day of my life 👨‍❤️‍👨.” Well, thousands of comments went the way of the top favorites on the show. One fan wrote, “That was the most BEAUTIFUL Ceremony…and your Dad’s words just melted my heart! Thank you for sharing your journey with us! Congratulations!! ❤❤🍾🥂🎉.”

Be sure to catch up on everything happening with the TLC franchise right now. Come back here often for more 90 Day Fiance: The Other Way spoilers, news, and updates.