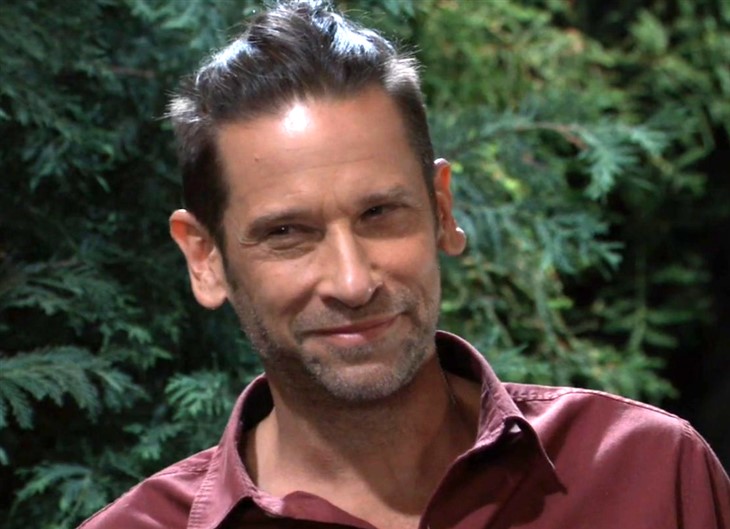 General Hospital viewers will see Drew run into Maxie Jones (Kirsten Storms) unexpectedly, and he’ll know that her baby is missing. Drew may have been told by Valentin Cassadine (James Patrick Stuart) and Anna Devane (Finola Hughes) who originally went looking for baby Louise when they also were hunting Peter August (Wes Ramsey). Drew may not have been able to save his twin, Jason Morgan (Steve Burton) but he’ll be driven to save baby Louise if she is still alive to save, and his motivations may be because he lost a child of his own and his brother.

Longtime General Hospital viewers will recall that he lost his son with Kim Nero, (Tamara Braun) Oscar Nero (Garren Stitt) to an inoperable brain tumor. Drew vows to Maxie that he will find her baby and bring her back to her alive if at all possible – which of course, will make Maxie feel bad because she knows he’d be going on a wild goose chase! Louise is safely hidden in plain sight as Bailey Quartermaine, (Harper and Scarlett Bloom) and with a newly revealed fake baby daddy who’s a cop to boot!

GH Spoilers And Rumors – Austin Gatlin-Holt Delivered Baby Louise August, And He Wants To Find Her Too

General Hospital viewers can tell Austin has his suspicions about Bailey possibly being Louise, but he has not yet voiced them. Right now Maxie’s a bit perturbed with him and decided to cool off their burgeoning friendship, but that doesn’t mean he doesn’t want to help find Louise. After all, he was the first to hold the baby, having delivered her in the woods outside of Pautuck, New York. He helped in the initial search and he was the one who along with Detective Dante Falconeri (Dominic Zamprogna) who found fake Nurse Chloe Jennings aka Marie Hopkins (Kimberly J. Brown) at the bottom of the covered over well.

The trail seemed to have gone cold there, and no new leads had emerged. Austin, too feels like he has a responsibility to find the “missing” baby whether her mother has blown him off for the time being or not! General Hospital viewers can expect that Austin and Drew may be introduced at the hospital, since Austin isn’t at the Quartermaine Thanksgiving and Austin will be commiserating the loss of Jason Morgan (Steve Burton) at the hospital. Austin may not have even known that Jason had a twin!

General Hospital Spoilers And Rumors – Drew Cain And Austin Gatlin-Holt Get Acquainted, Find They Have Things In Common

General Hospital spoilers can imagine when Drew and Austin get acquainted; they will find they have more in common than just being Quartermaine relatives. Austin’s mission to do good and save lives as a doctor is very similar to that of Drew’s as a Navy Seal. They also have concern for Maxie and her “missing” baby in common. Austin quickly sees that Drew, as Jason, doesn’t have the unlikable Quartermaine traits of greed and infighting amongst themselves either. Drew, like Jason, was accepted but chose to stay on the periphery except where Monica Quartermaine (Leslie Charleson) and the children of the family were concerned.

Both Danny Morgan (Zakary Risinger) and Scout Cain (Ella Ramacieri) stayed there quite a bit and played with Rocco Falconeri (Brady Bauer) and Leo Falconeri (Easton Rocket Sweda) when Dante would come visit his mother and younger brother and bring Rocco along. Monica had opened up her home as a care center for Oscar in his final days. Austin will learn a lot about the better sides of the Quartermaines from Drew, and it won’t be surprising to General Hospital viewers if Austin and Drew not only become friends but team up to find Louise!