The Bold And The Beautiful Spoilers: Carter Walton Has A Major Realization About His Love Life 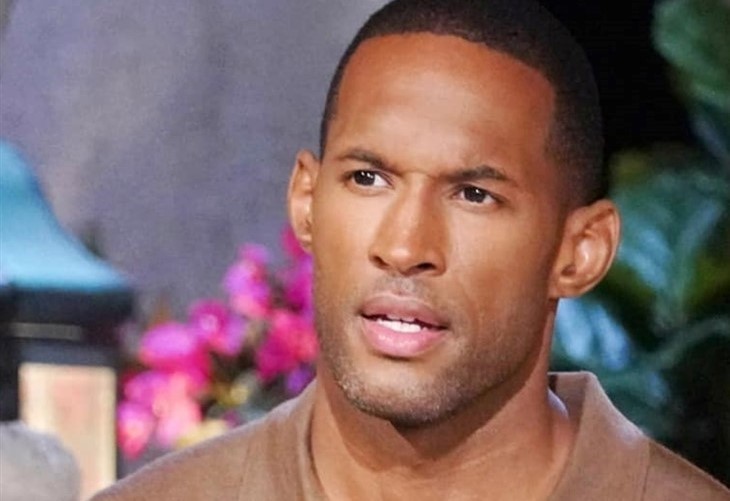 Longtime viewers of The Bold and The Beautiful will recall that Carter has fallen in love with three unavailable women, and has been hurt by three unavailable women. First there was Maya Avant (Karla Mosely) who Carter got engaged to, but broke it off when he realized she still loved Rick Forrester (Jacob Young).

Then he fell in love with Zoe Buckingham (Kiara Barnes) when she was still involved with Thomas Forrester, (Matthew Atkinson) which was supposed to be fake but she fell for him anyway. Later, she and Carter became involved only for him to find out she wanted to try things out with Zende Domiguez (Delon DeMetz), and he didn’t have her whole heart either – then as Quinn Forrester (Rena Sofer) tried to intervene for Zoe with Carter, they got involved sexually!

The Bold And The Beautiful Spoilers: Bill’s Perfect Match, JMW Says Steffy Can Tame Him

Zoe found out and left town for good, and Quinn wound up having to make a choice between Carter and her husband and chose her husband even though they were falling in love! Carter feels drawn towards Paris Buckingham (Diamond White) who’s with Zende. Carter realizes he’s in a bad pattern – he falls in love with women who don’t love only him! Future episodes of The Bold and The Beautiful will see Carter try to understand why and change those destructive patterns!

B&B Spoilers – Carter Walton Really, Really Likes Katie Logan And She Likes Him, But Both Have Been Hurt

In recent episodes of The Bold and The Beautiful, Carter finds he really, really, likes Katie Logan (Heather Tom) and she really, really likes him, but so far it seems to be headed towards a deep friendship rather than a romance. Many people feel like when they’re in single-land, everyone can use a best friend from the opposite sex as a sounding board when looking for a new romantic partner. The only problem is there, is that many romantic partners don’t understand their romantic partners having opposite sex friends!

Katie has been two-timed by her ex, Dollar Bill Spencer (Don Diamont) more times than she can count, and sometimes even with her own sister! Ouch! That’s a double betrayal! Carter understands her pain and her wanting to have a relationship with someone who loves only her and wants only her – he has been there, and he wants the same thing! Both Carter and Katie have been through similar betrayals and similar rejections, and they have both come to the point where they realize they have self-destructive patterns in dating and they have to stop! Perhaps together, they can figure out how!

The Bold And The Beautiful Spoilers – Love And Trust Are Slowly Built, And Not By Jumping Into Bed!

Viewers of The Bold and The Beautiful will see Carter and Katie realize that true love and trust are slowly built, and not by jumping into bed early on in a relationship! This has been Carter’s problem, and at times, also Katie’s – having been prone to being swept off her feet by the attentions of a handsome man. Longtime viewers of The Bold and The Beautiful will remember teenage Katie always being the ugly duckling, and she needs someone who appreciates that she has grown into a beautiful swan.

The Bold And The Beautiful Spoilers: Deacon Gets Dragged Down By Sheila Carter?https://t.co/j5Boq2APOm

Carter and Katie talk about beautiful outsides sometimes hiding ugly insides in people – like a delicious looking apple someone is ready to take a bite out of only to find it’s full of worms inside! They decide the best thing they can do to find true love is to go at it backwards to what most people do – and try to discover what’s inside people before being dazzled by their outside appearances. That is sometimes difficult to do, but people have to learn to trust by going slow – once a person knows they can trust another person, then love that lasts can be built from the ground up.