The Bold And The Beautiful Spoilers: Where In The World Are Wyatt Spencer And Flo Logan? 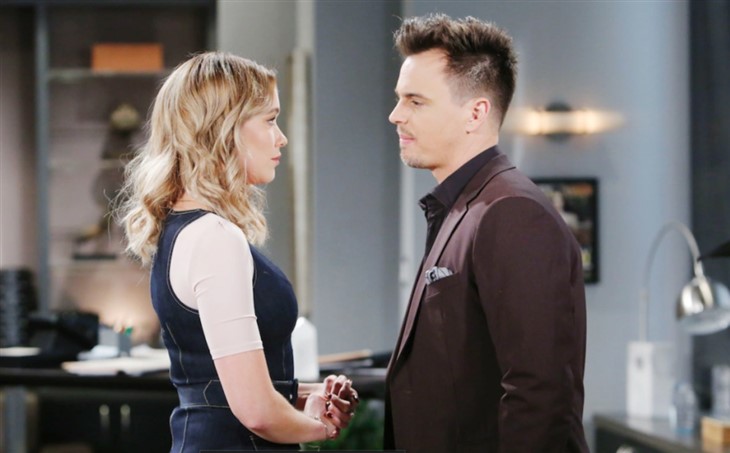 The Bold And The Beautiful Spoilers – Wyatt Spencer And Flo Logan Haven’t Been Seen For Months!

Viewers of The Bold and The Beautiful will have noticed that Wyatt and Flo haven’t been seen for months, not since before Dollar Bill and Liam Spencer (Don Diamont, Scott Clifton) were released from prison! Even though his mother Quinn Fuller Forrester’s (Rena Sofer) dismissal and reinstatement as the matriarch of the Forrester Manor, neither Wyatt or Quinn’s best friend Shauna Fulton’s (Denise Richards) daughter have been seen!

As a matter of fact, the last time Flo was in a scene was when Shauna was trying to cover up for Wyatt’s mother, claiming to be the one having the affair with Carter Walton (Lawrence Saint-Victor)! Why would the powers that be at The Bold and The Beautiful not include such important family members in any storylines? Not even an expected engagement after as long as Wyatt and Flo have been together has even been hinted at! It has been reported, however, that both Darin and Katrina have been working on outside projects during their absence from the soap, so that answers some of the questions fans may have!

Viewers of The Bold and The Beautiful will recall that this has been a long time ago, and ancient history, but the last major story involving Wyatt and Flo was when she was kidnapped by Sally Spectra (Courtney Hope). Poor Sally, who has since moved to Genoa City and The Young and The Restless was so obsessed with Wyatt, who had dumped her for Flo, that she kidnapped her with the help of her friend Dr. Penny Escobar (Monica Ruiz).

This was the culmination of a months-long scam when Sally pretended to have a terminal illness, aided by her doctor friend’s faked diagnosis. Sally had convinced Penny she could help her go into a designing career at Forrester Creations in exchange for her help. Flo eventually figured out that Sally was faking and proved it – by scaring her with a fake snake, which made the supposedly paralyzed Sally jump! Viewers of The Bold and The Beautiful will recall Wyatt came home in time to untie Flo, and Sally went for mental health treatment before leaving town for a new start.

Longtime viewers of The Bold and The Beautiful would agree that planning a wedding for Wyatt and Flo, as their mothers had planned for them since they were single mothers in Las Vegas, would certainly keep the two sometimes troublemakers out of trouble! Shauna has rarely been seen recently, while Quinn has been trying to keep her husband Eric Forrester (John McCook) away from Donna Logan (Jennifer Garies), even convincing him to fire Donna because of their smoldering attractions to each other! It would seem Donna turns him on while he has erectile dysfunction with Quinn!

But there is one little thing that actually isn’t such a little thing that could play into Flo’s absence and Wyatt’s, if the writers decided to use it – Flo’s birth father was the late Storm Logan (William DeVry), Donna’s brother. That means Wyatt’s mother is warring against Flo’s aunt, and indeed has been warring against all her aunts! Viewers of The Bold and The Beautiful could understand if the couple just took an extended vacation away from all the drama!